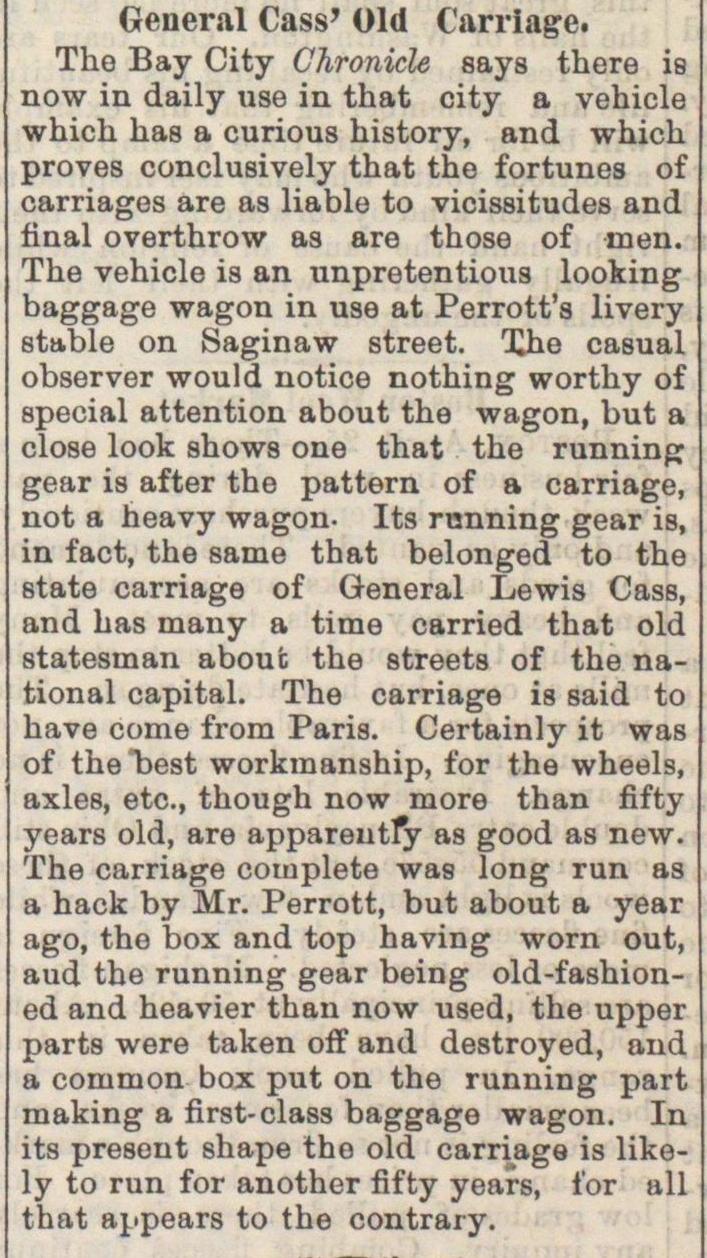 iho Bay (Jity Chronicle says there ie now in daily use in that city a vehicle which has a curious history, and which proves conclusively that the fortunes of carriages are as liable to vicissitudes and final overthrow as are those of men. The vehicle is an unpretentious looking baggage wagon in use at Perrott's livery stable on Saginaw street. Xhe casual observer would notice nothing worthy of special attention about the wagon, but a close look shows one that the running gear is after the pattern of a carriage, not a heavy wagon. lts running gear is, in fact, the same that belonged to the state carriage of General Lewis Cass, and has many a time carried that old statesman about the streets of the national capital. The carriage is said to have come from Paris. Certainly it was of the "best workmanship, for the wheels, axles, etc, though now more than fifty years old, are appareutly as good as new. The carriage complete was long run as a hack by Mr. Perrott, but about a year ago, the box and top having worn out, aud the running gear being old-fashioned and heavier than now used, the upper parts were taken off and destroyed, and a common box put on the running part making a first-class baggage wagon. In its present shape the old carnaga is likely to run for another fifty years, lor all that appears to the contrary.