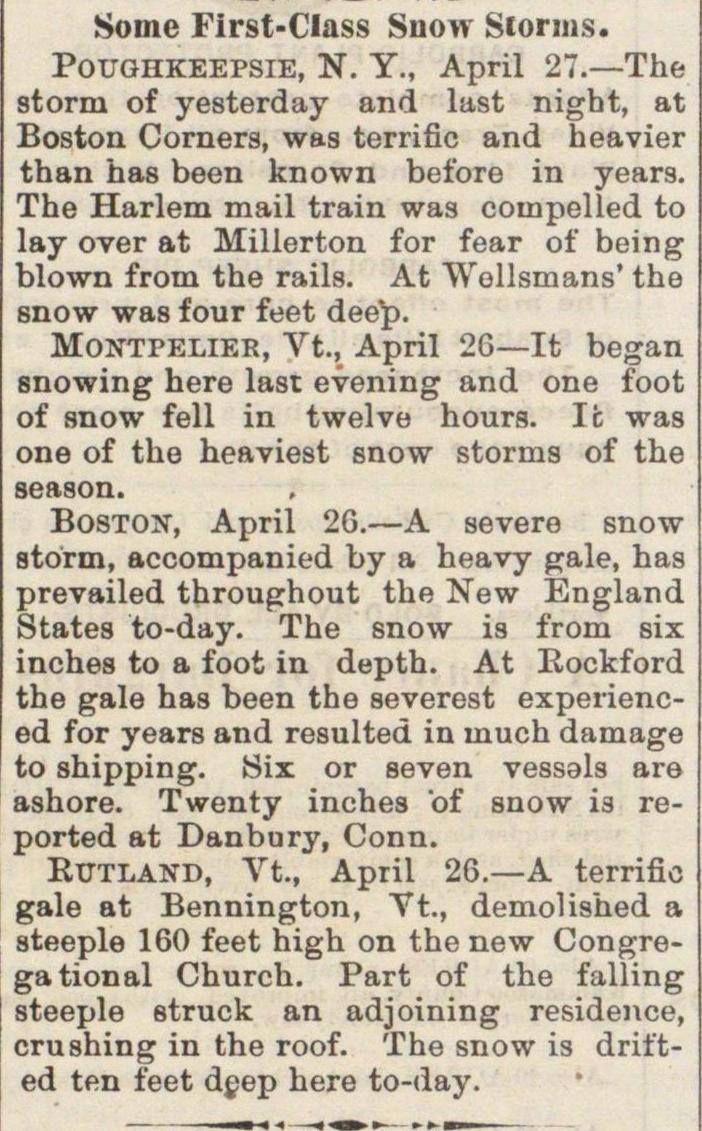 POUGHKEEPSIE, N. Y., April 27. - The storm of yesterday and last night, at Boston Corners, was terrific and heavier than has been known before in years. The Harlem mail train was compelled to lay over at Millerton for fear of being blown from the rails. At Wollsmans' the snow was four feet dee). Montpelier, Vt., April 26- It began snowing here last evening and one foot of snow feil in twelve hours. Ifc was one of the heaviest snow storms of the season. Boston, April 2G. - A severe snow storm, accompanied by a heavy gale, has prevailed throughout the New England States to-day. The snow is from six inches to a foot in depth. At Eockford the gale has been the severest experiencd for years and resulted in inuch damage ;o shipping. Six or seven vessals are shore. Twenty inches 'of snow is reorted at Danbary, Conn. Kdtland, Vt., April 26. - A terrific ;ale at Bennington, Yt., demolÍ9üed a teeple 160 feet high on the new Congrega tion al Church. Part of the falling teeple struck an adjoining residence, rushing in the roof. The snow is drifted ten feet deep here to-day.