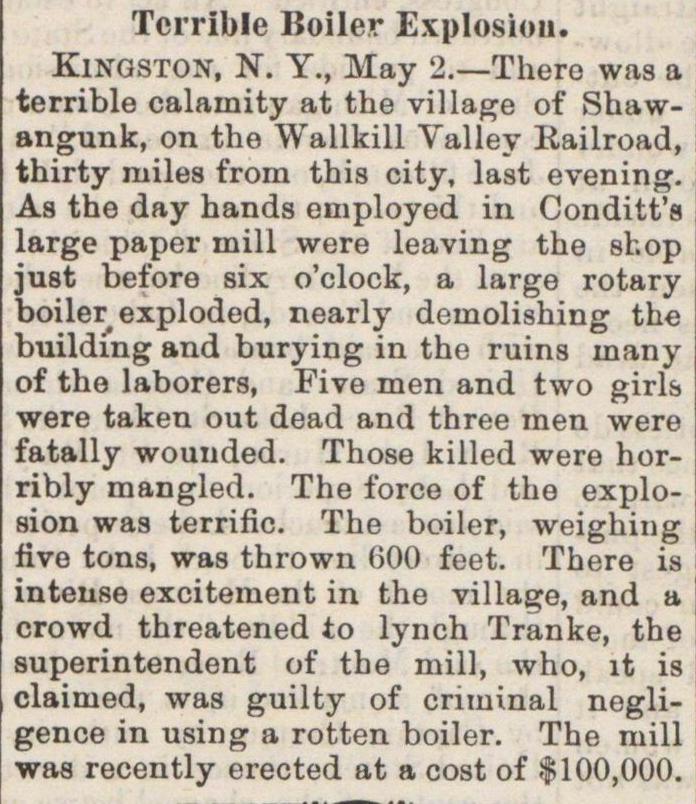 KINGSTON, N . ï ., May 'J. - Thero was a terrible calamity at the village of Shawangunk, on the Wallkill Valley Kailroad, thirty miles from this city, last evening. As the day hands employed in Conditt's large paper mili were leaving the shop just bef ore six o'elock, a large rotary boiler_ exploded, nearly deinolishing the building and burying in the ruins inany of the laborers, Pive men and two girls were taken out dead and three men were fatally wounded. Those killed were horribly mangled. The force of the explosión was terrific. The boiler, weighing live tons, was thrown 600 feet. There is intense exeiternent in the village, and a crowd threatened to lynch Tranke, the superintendent of the mili, who, ït is claimed, was guilty of criminal negligence in using a rotten boiler. The mili was recently erected at a cost of $100,000.