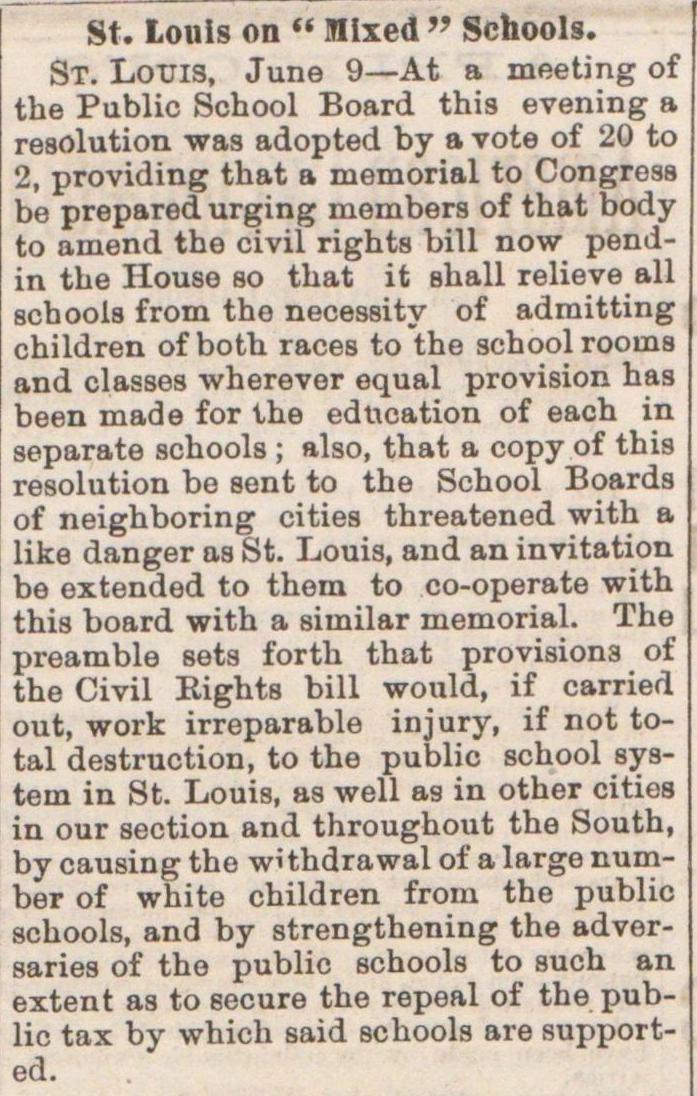 St. Louis, June 9- At a meeting ot the Public School Board this evening a resolution was adopted by a vote of 20 to 2, providing that a memorial to Congress be prepared urging members of that body to amend the civil rights bill now pendin the House 80 that it shall relieve all schools from the necessity of adraitting children of both races to the school rooms and classes wherever equal provisión has been made for the education of each in separate schools ; also, that a copy of this resolution be sent to the School Boards of neighboring cities threatened with a like danger as St. Louis, and an invitation be extended to them to co-operate with this board with a similar memorial. The preamble sets forth that provisions of the Civil Rights bill would, if carried out, work irreparable injury, if not total destruction, to the public school system in St. Louis, as well as in other cities in our section and throughout the South, by causing the wthdrawal of a large number of white children from the public schools, and by strengthening the adversaries of the public schools to such an extent as to secure the repeal of the public tax by which said schools are supported.