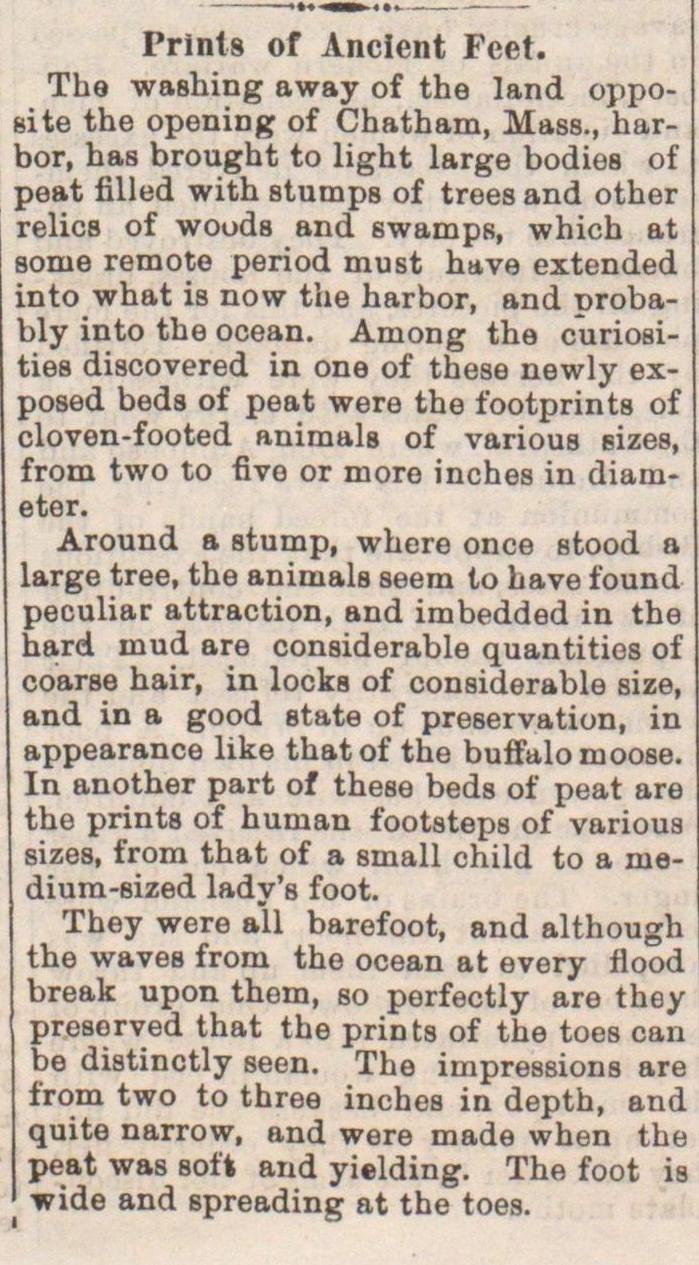 The washing away of the land opposite the opening of Chatbam, Mass., harbor, has brought to light large bodies of peat filled with stumpg of trees and other relies of woods and swamps, whicb at gome remóte period must have extended into what is now the harbor, and crobably into the ocean. Among the curiosities discovered in one of these newly exposed beds of peat were the footprints of cloven-footed animáis of various sizes, from two to fivo or more inches in dianieter. Around a stump, where once stood a large tree, the animáis seem to have found peculiar attraction, and imbedded in the hard mud are considerable quantitios of coarse hair, in locks of considerable size, and in a good state of preservation, in appearance like thatof the buffalomoose. In another part of these beds of peat are the prints of human footsteps of varioua sizes, from that of a small ehild to a medium -sized lady's foot. They were all barefoot, and although the waves from the ocean at every flooc break upon them, so perfectly are they preserved that the prints of the toes can be distinctly seen. The impressions are from two to three inches in depth, and quite narrow, and were made when the peat was soft and yielding. The foot is wide and spreading at the toes.