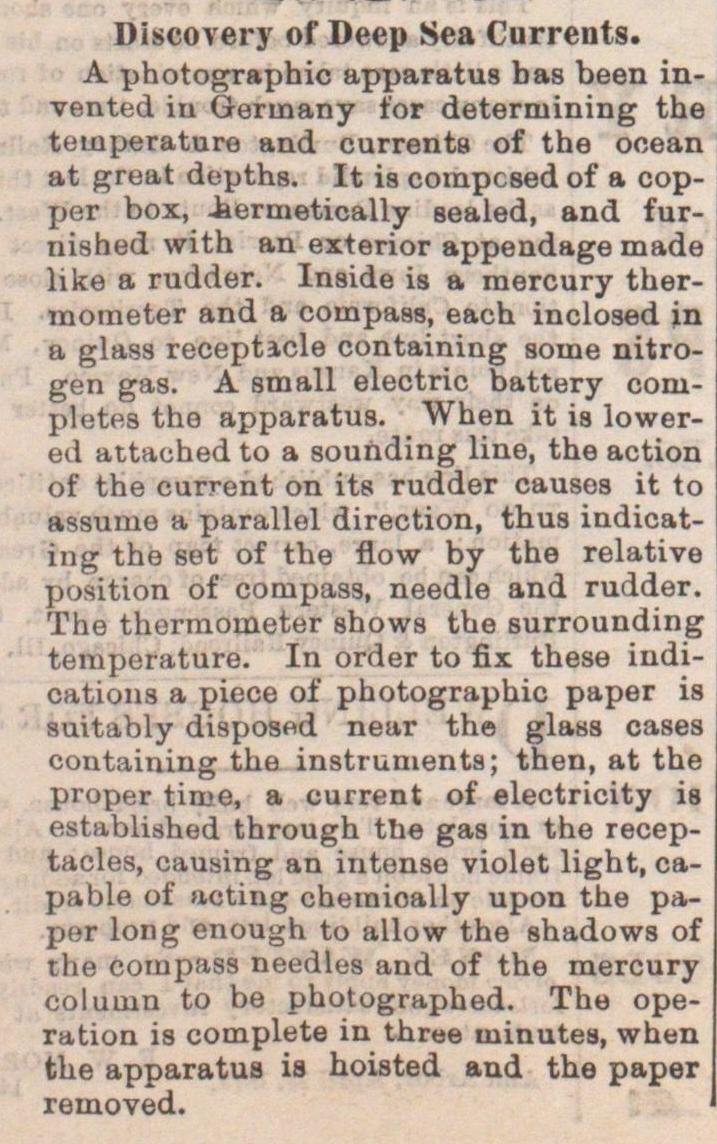 A photographic apparatus bas been invented iu Gerinany tor deterniining the teuiperature and currents of the ooean at gruat depths. It is compcsed of a copper box, .kermetically gealed, and furnished with an exterior appendage made like a rudder. Inside is a mercury thermometer and a compasa, each inclosed in a glass recepticle containing some nitrogen gas. A small electric battery completes the apparatus. When it is lowered attaehed to a sounding line, the action of the current on ita rudder causes it to assume a parallel direction, thus indicating the set of the flow by the relativo position of cornpass, needie and rudder. The thermometer shows the surrounding temperature. In order to fix these indications a piece of photographic paper is suitably disposed near the glass cases containing the instruments; then, at the proper time, a current of electricity is established through tlie gas in the receptacles, causing an intense violet light, capable of acting chemioally upon the paper long enough to allow the shadows of the compass needies and of the mercury column to be photographed. The operation is complete in thrue minutes, when the apparatua is hoisted and the paper removed.