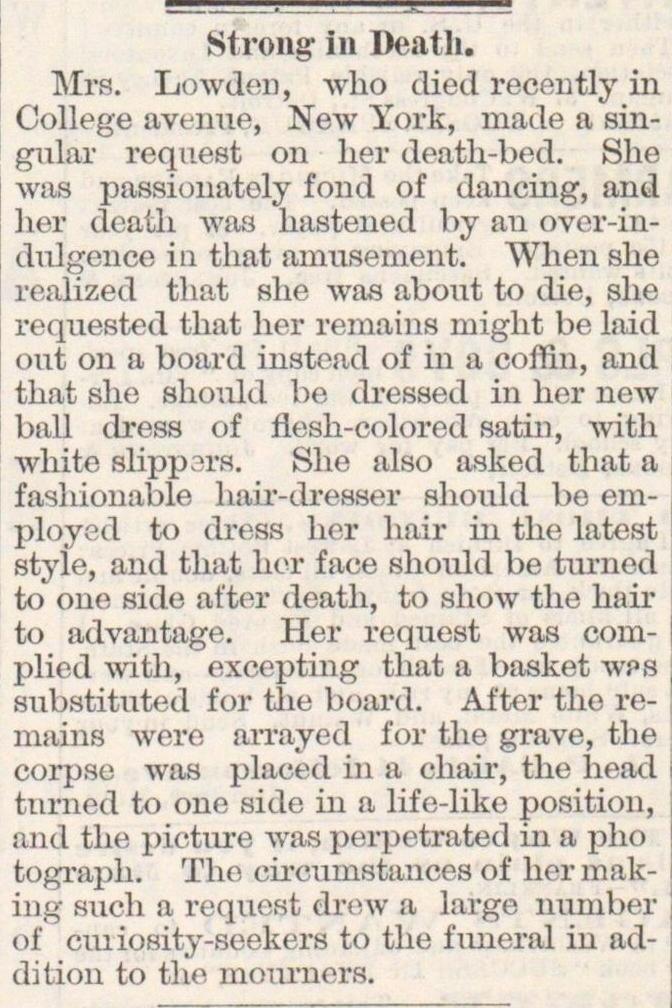 MxB. Lowdon, who died reeen tly in College avenue, New York, made a singular request on her death-bed. She was passionatoly fond of dancing, and her death was hastened by au over-indulgence in that amusement. When she realized that she was about to die, she requested that her remains might be laid out on a board instead of in a coffin, and that she shonld be dressed in her new ball dress of flesh-colored satin, with white slippsrs. She also asked that a fashionable hair-dieseei should be employed to dress her hair in the latest styie, and that her faee should be turned to one side after death, to show the hair to advantage. Her request was oomplied with, excepting that a basket wps substituted for tlie board. After tho remains were arrayed for tlie grave, the corpse was placed in a cliair, the head turned to one side in a life-like position, and the picture was perpetrated iii a pho tograph. The circumstances of hermaking suoh a request drew a large number of cuiiosity-seekers to the funeral in addition to the mourners.