A Californian One Hundred And Twenty-two Years Old 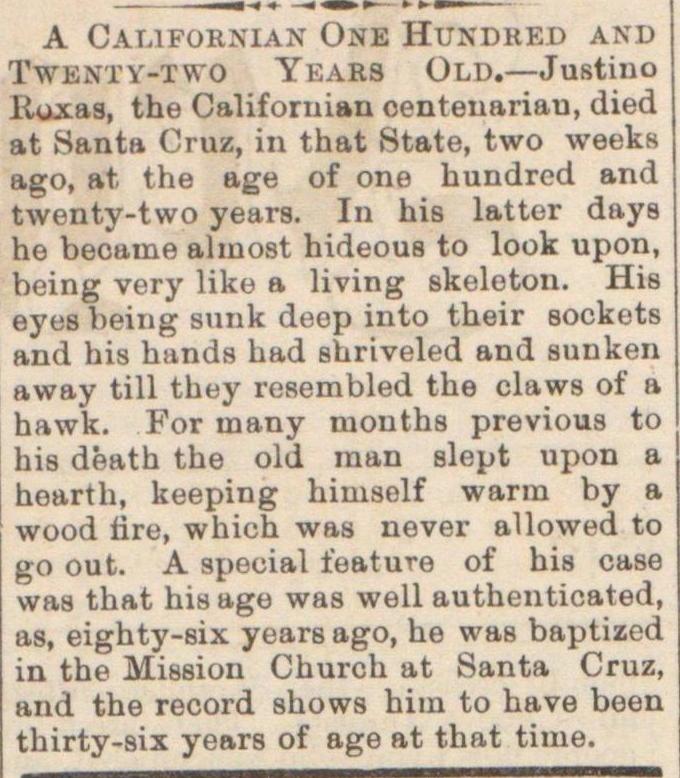 tluxas, the Californian oenteuariau, died at Santa Cruz, in that State, two weeks ago, at the age of one hundrod and twenty-two years. In his lattor days ie becaine al most hideous to look upon, being very likt a living skeleton. His eyes being sunk deop into their sockets and his hands had shriveled and sunken away till they reaembled the claws of a bawk. Por tnany mouths previous to kis dèath the oíd man slept upon a aearth, keeping hiiuself warm by a wood re, which was never allowed to go out. A special feature of his case was that his age was well authentioated, as, eighty-six years ago, he was baptized in the Mission Church at Santa Cruz and the record shows hiin to have been thirty-six years of age at that time.