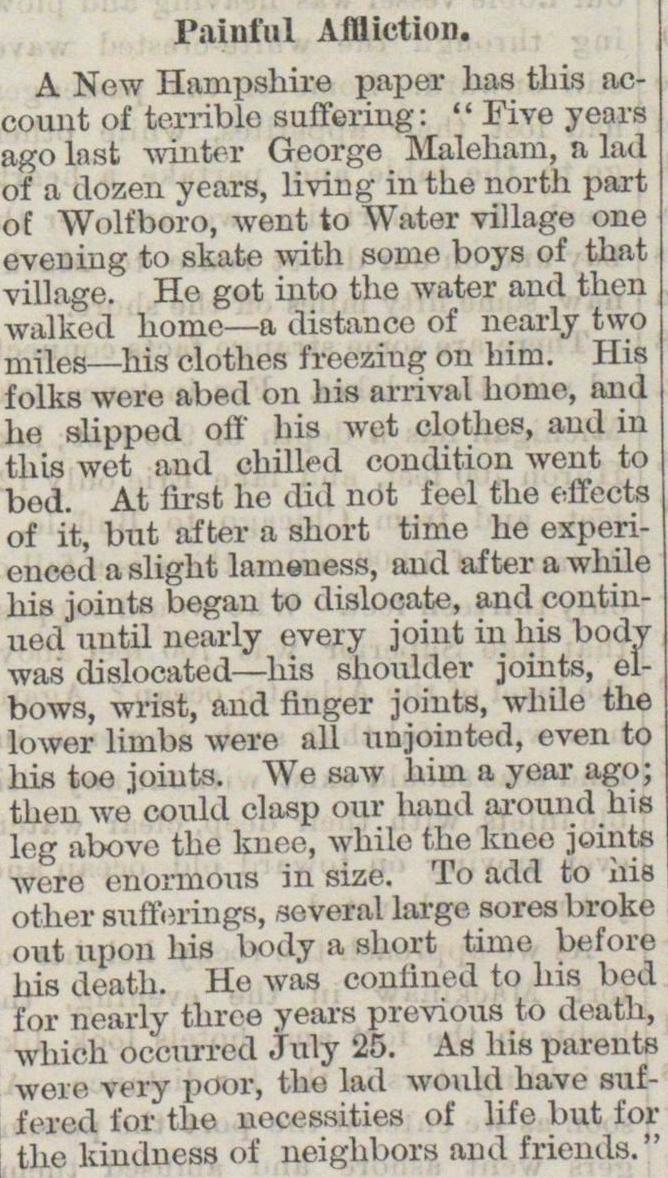 A New Hampshire paper has this account of terrible suffering: " Five years ago last -winter George Maleliam, a lad of a dozen years, living in the north part of Wolf boro, went to Water village one eveuiug to skate with some boys of that vill.ige. He got into the water and then walked home - a distance of nearly two miles_his clothes freetíng on him. His folks were abed on his arrival home, and he slipped off his wet clothes, and in tliis wet and chilled condition went to bed. At first he did not feel the effecte of it, but after a short time he experienced a slight lameness, and after a while his joints began to dislócate, and continued nutil nearly every joint in his body was dislocated- his shoulder joints, eibows, wrist, aud flnger joints, wliile the lower limbs were all unjointed, even to liis toe joints. We saw hiin a year ago; then we could clasp our hand arouiid his leg iibovc the lmee, whilo the knee joints were enormous in size. To add to his other sufferings, several larga sores broke out upon his body a short time bef ore his death. Ho was conliued to lus bed for nearly three years previous to death, which occnrrod july 25. As his parents were very poor, thts lad woiild have suLf( -red l'or the necs.sities of life but for the kindness of neighbors and friends. '