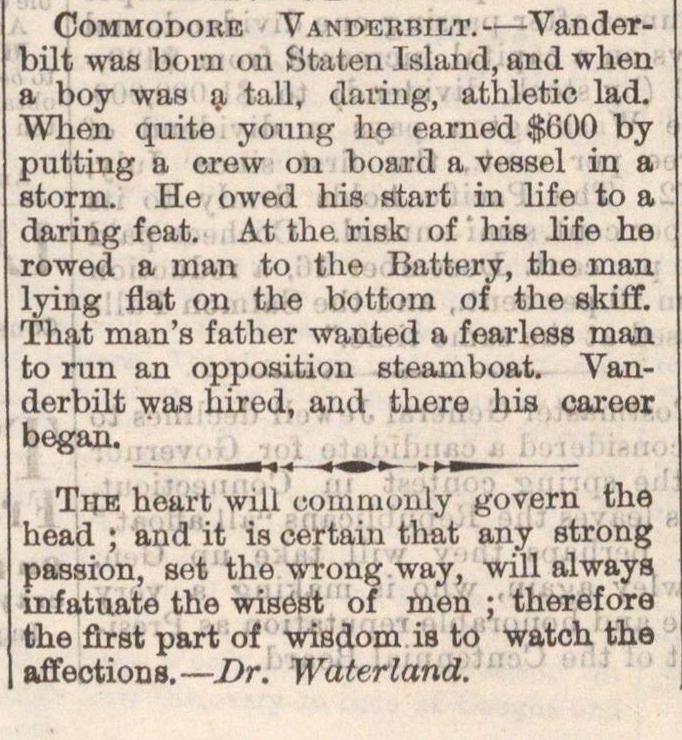 bilt was born on Staten Mand, and when a boy was a tall, daring, athletic lad. Wlien quite young ho earned $600 by putting a crew on board a vessel in a storm. He owed his start in life to a daring f eat. At the risk of his life he rowed a man to the Battery, the man lying flat on the bottom of the skiff. That man's father wanted a fearleas man to run an opposition steamboat. Vanderbilt -was hired, aud there hia career began. The heart wilL oommónïy govern the head ; and it ia oertain that any strong passion, set the -wrong way, wiH always infatúate the wisêst of men ; therefore the flrst part of -wisdom is to watch the affeotions. - Dr. Waterland.