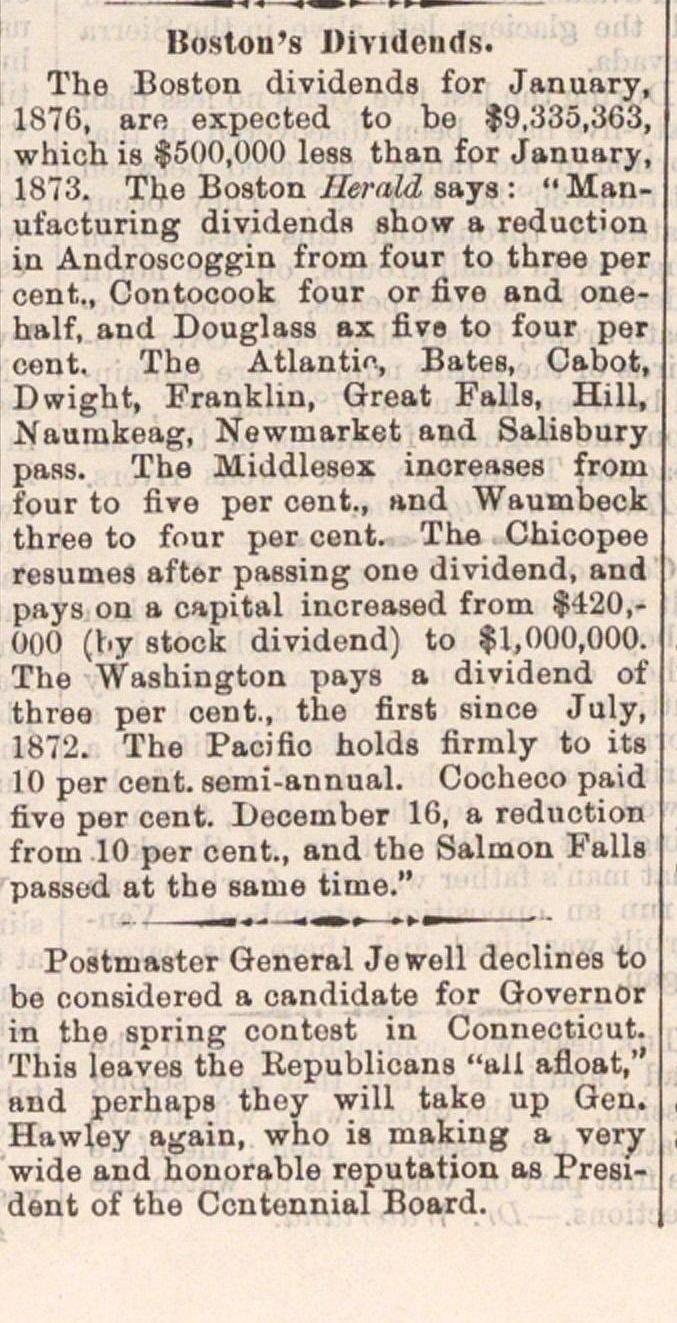 The Boston dividends for January, 1876, are expected to bo $9.335,363, which is $500,000 less than for January, 1873. The Boston Herald saya : " Manufacturing dividenda show a reduction in Androscoggin from four to three per cent., Contocook four or five and onehalf, and Douglass ax five to four per cent. The Atlantin, Bates, Cabot, Dwight, Franklin, Great Falls, Hül, Naumkeag, Newmarket and Salisbury paRS. The Middlesex inoreases from four to five per cent., and Waumbeck three to four per cent. The Chioopee resumes after passing ono dividend, and pays on a capital increased from $420,000 (by stock dividend) to $1,000,000. The Washington pays a dividend of three per cent., the first since July, 1872. The Pacifio holds firmly to its 10 per cent. semi-annual. Cocheco paid fivo per cent. December 16, a reduction from 10 per cent., and the Salmón Falls pa8sed at the same time." Postma8ter General Jewell declines to be oonsiderod a candidate for Governor in the spring contost in Connecticut. This leaves the Kepublicans "all afloat," and perhaps thoy will take up Gen. Huwley again, who is making a very wide and honorable reputation as President of the Ccntonnial Board.