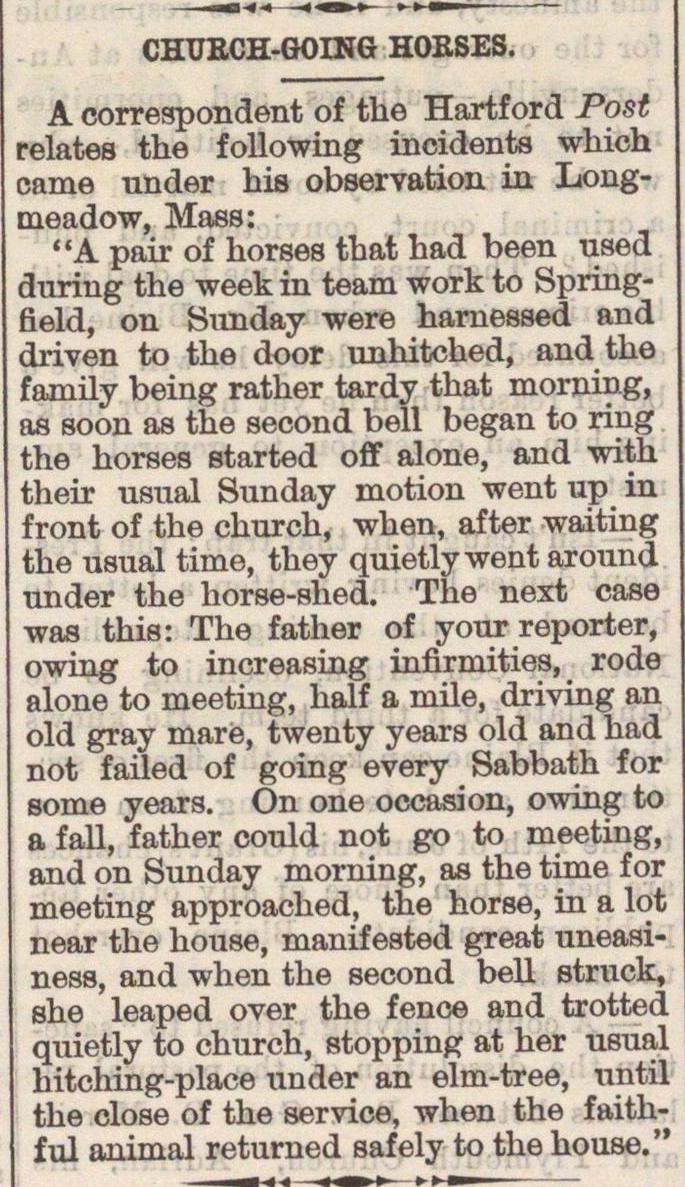 A correspondent of the Hartford Post relates the following incidente which came under his observation in Longmeadow, Mass: "A pair of horses that had been used during the week in team work to Springfield, on Sunday were harnessed and driven to the door unhitched, and the family being rather tardy that morning, as soon as the second bell began to ring the horses started off alone, and with their usual Sunday motion went up in front of the church, -when, after waiting the usual time, they quietlywentaround under the horse-shed. The next case was this: The father of y our reporter, owing to increasing inflrmities, rode alone to meeting, half a niile, driving an old gray mare, twenty years old and had not failed of going every Sabbath for some years. On one occasion, owing to a fall, father could not go to meeting, and on Sunday morning, as the time for meeting approached, the horse, in a lot near the house, manif ested great uneasiness, and when the second bell struck, she leaped over the fence and trotted quietly to church, stopping at her usual hitching-place under an elm-tree, until the close of the service, when the faithful animal returned safely to the house."