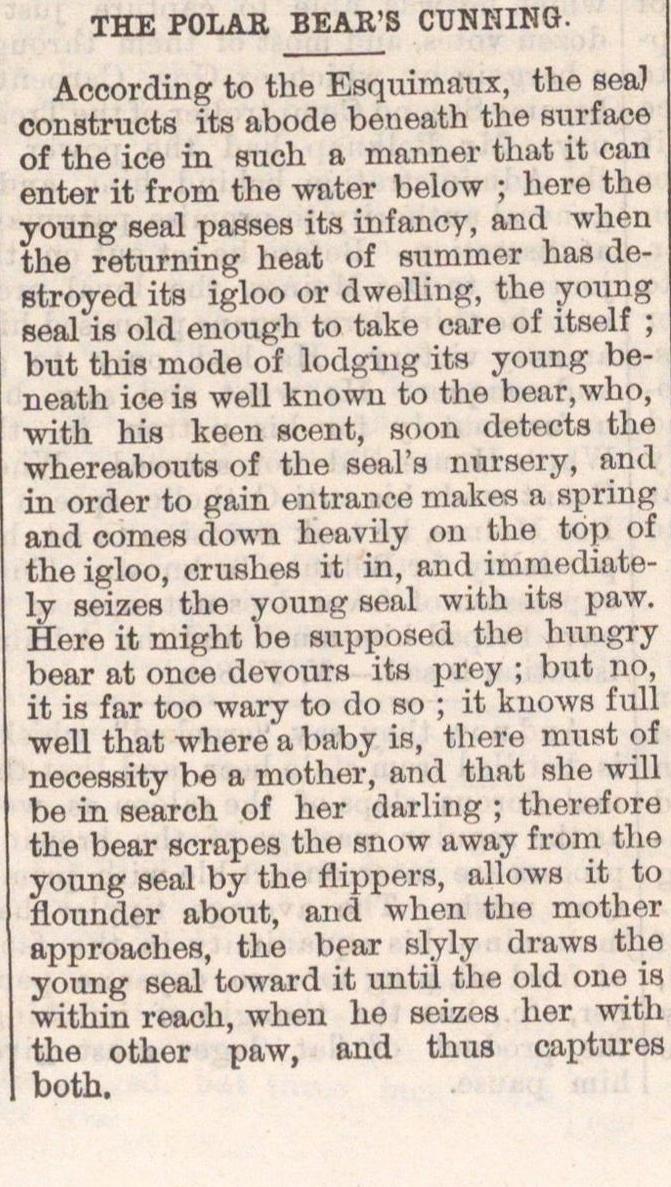 According to the Esquimaux, the sea} construots its abode beneath the surface of the ice in snch a manner that it can enter it from the water below ; here the young seal passes its infancy, and when the returning heat of summer has destroyed its igloo or dweiling, the young seal is old enough to take care of itself ; but this mode of lodging its young beneath ice is well known to the bear,who, with his keen Beent, soon detects the whereabouts of the seal's nursery, and in order to gain entran ce makes a spring and comes down heavily on the top of the igloo, crushes it in, and immediately seizes the young seal with its paw. Here it might be supposed the hungry bear at once devours its prey ; but no, it is far too wary to do so ; it knows f uil well that where a baby is, there must of necessity be a mother, and that she will be in search of her darling ; therefore the bear scrapes the snow away from tho young seal by the flippers, allows it to flounder about, and when the mother approaches, the bear slyly draws the young seal toward it until the old one is within reach, when he seizes her with the other paw, and thus captures both.