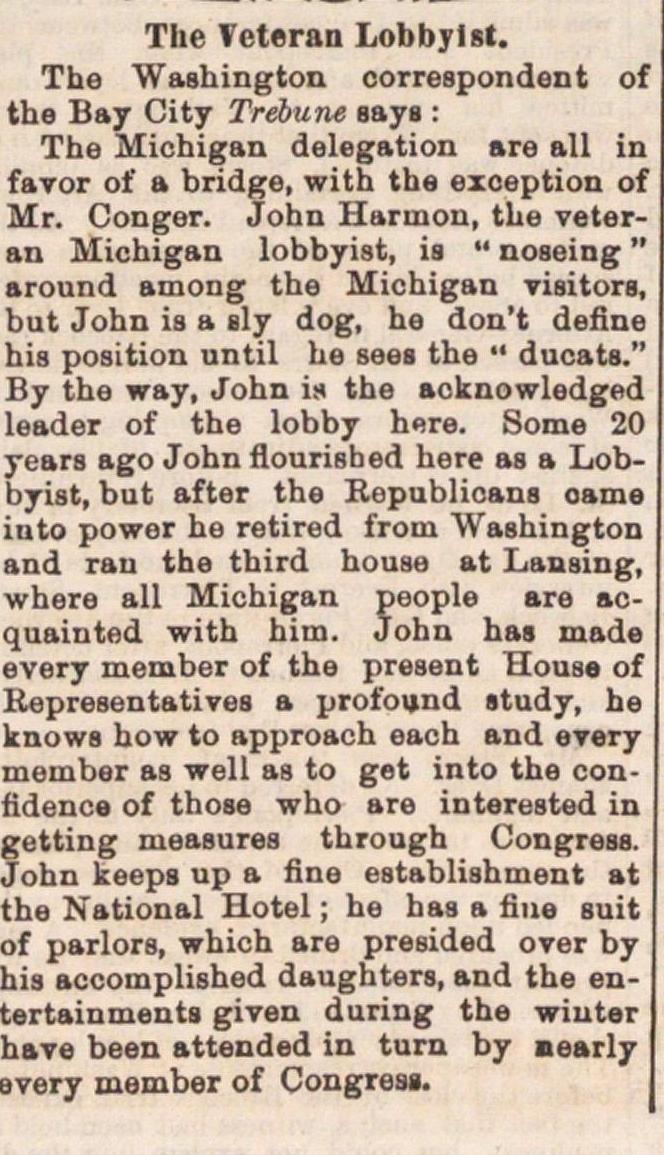 The Washington correspondent of he Bay City Trebune say : The Michigan delegation are all in avor of a bridge, with the exception of dr. Conger. John Harmou, the veteran Michigan lobbyist, ia " noseing " around among the Michigan yisitors, ut John is a sly dog, he dun't define lis position until he sees the " ducats." $y the way, John is the acknowledged eader of the lobby hore. Some 20 oars ago John flourisbed here as a LobyÍ8t, but after the Republicana oame uto power he retired trom Washington and rau the third house at Lansing, where all Michigan people are acuainted with him. John has made very member of the present House of tepresentatives a profound study, he inowi how to approach each and every member as well as to get into the condence of those who are interested in jutting measures through Congress. ohn keeps up a fino establishment at bte National Hotel ; he bas a fine suit f parlors, which are presided over by lis accomplished daughters, and the en,ertainments giveu during the winter iare been attended in turn by aearly very member of Congres.