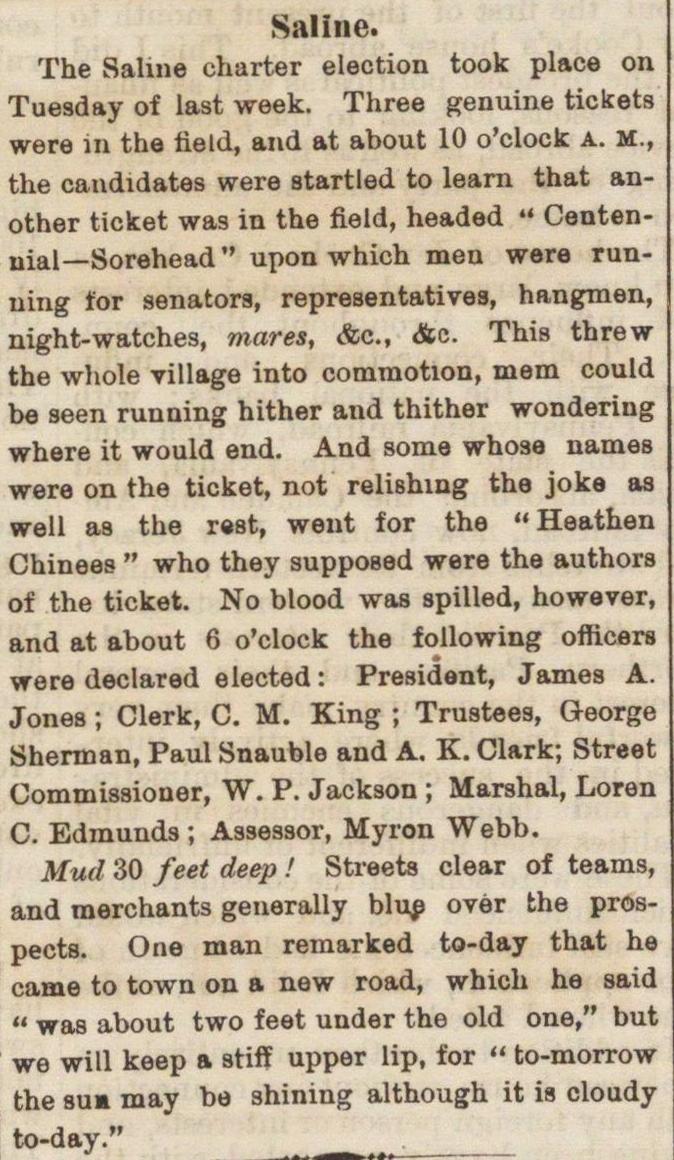 The Saline charter election took place on Tuesday of last week. Three genuine tickets were in the field, and at about 10 o'clock A. M., ie candidates were startled to learn that anther ticket was in the field, headed " Centenial- Sorehead" upon which mea were runing tor senators, repreaentatives, hungmen, ight-watches, mares, &c, Stc. This threw ie whole village into commotion, mem could e seen running hither and thither wondering where it would end. And some whose names were on the ticket, not relishing the joke as well as the rest, went for the " Heathen Chinees " who they supposed were the authors f the ticket. No blood was spilied, however, nd at about 6 o'clock the following ofticers were declared elected : President, James A. ones ; Clerk, C. M. King ; Trustees, George herman, Paul Snauble and A. K. Clark; Street Commisaioner, W. P. Jackson ; Marshal, toren 3. Edraunds ; Assessor, Myron Webb. Mud 30 f eet deep ! Streets clear of teams, nd merchants generally blup over the prosects. One man remarked to-day that he ame to town on a new road, which he said was about two feet under the old one," but we will keep a stiff upper lip, for " to-morrow he au may be shining although it is cloudy to-day."