A Woman Sentenced To Penal Servitude 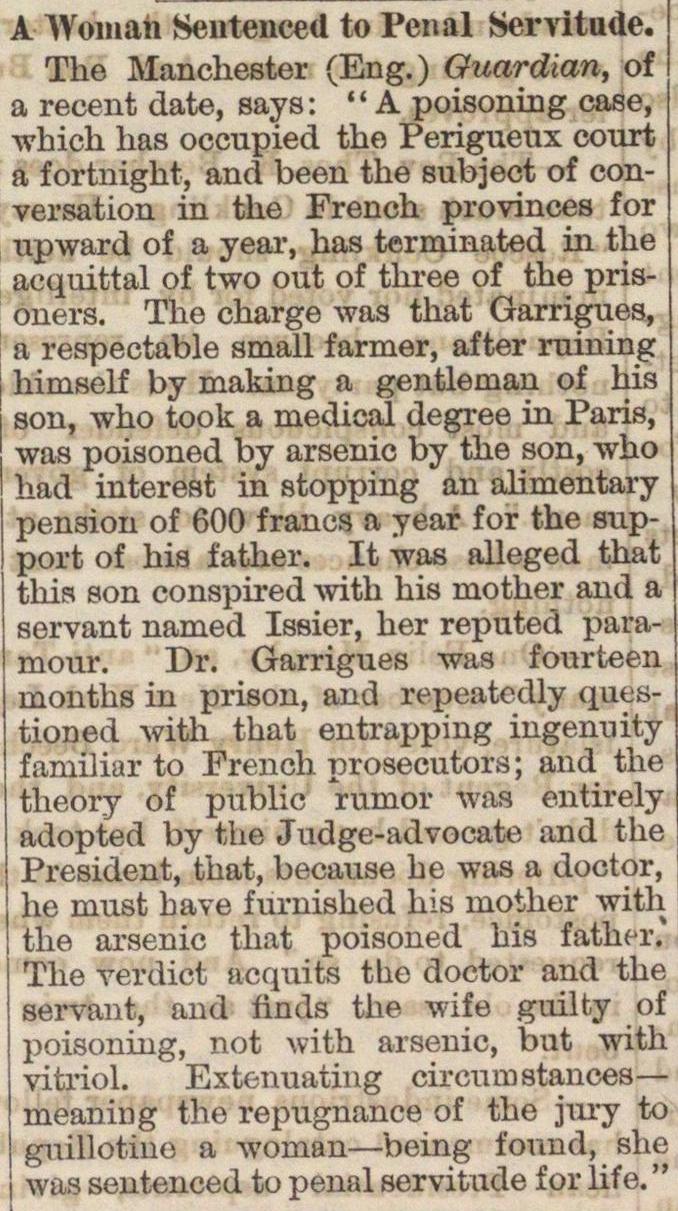 The Manchester (Eng.) Guardian, of a, recent date, says: " A poisoning case, which has occupied the Perigueux court a fortnight, and been the subject of conversation in the French provinces for upward of a year, has terminated in the aequittal of two out of three of the prisoners. The charge was that Garrigues, a respectable small farmer, after ruining himself by making a gentleman of his son, who took a medical degree in Paris, was poisoned by arsenic by the son, who had interest in stopping an alimentary pension of 600 francs a year for the support of his father. It -was alleged that thia son conspired with bis mother and a servant named Issier, her reputed paramour. Dr. Garrigues was fourteen mouths in prison, and repeatedly qut.stioned witli that entrapping ingenuity familiar to French prosecutors ; and the theory of public 'rumor was entirely adopted by the Judge-advocate and the President, that, because he was a doctor, he must have furnished his mother with the arsenic that poisoned his fathfr.' The verdict ïcquits the doctor and the servant, and finds the wife guilty of poisoning, not with arsenic, but with vitriol. Extenuating circumstances- meaning the repugnance of the jury to guillotine a woraan - being found, she was sentenced to penal servitude for lif e. "