Death Of An Unfortunate Sovereign 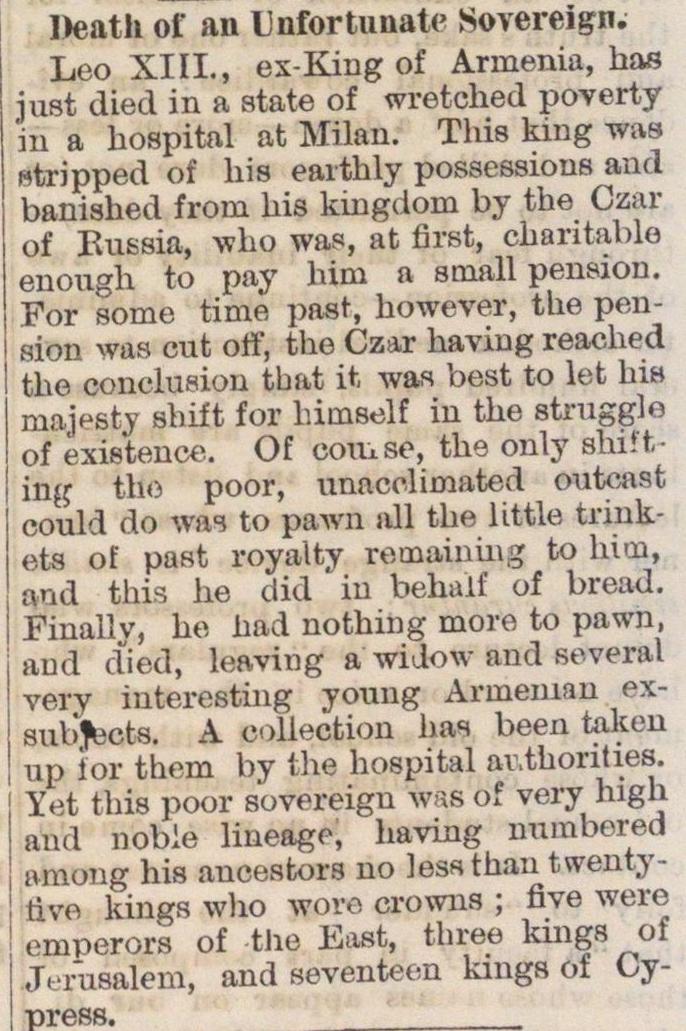 Leo XIII., ex-King of Armenia, has just died in a state of wretched poverty in a hospital at Milán. This king was stripped of his earthly possessions and banished from his kingdom by the Czar of Eussia, who was, at first, charitaMo enough to pay him a amall pension. Por some time past, however, the pension was cut off, the Czar having reached the conclusión tbat it was best to let bis majesty shift for hinaself in the stnigglo of existen. Of coiuse, the only shift - ing tlio poor, unncelimated outcast could do was to pawn all the littla trinkets of past royalty remainiiig to him, nnd this he did in behalf of bread. Finally, he had nothing more to pawn, and died, leaving a widow and several very interesting young Armeman exsubjbets. A. collection has been taken up for them by the hospital av.thorities. Yet this poor sovereign was of very high and noble lineagp, having numbered imiong his ancesfcors no less thau twentytive kings wlio woro crowns ; five were emperors of the Bast, three kings of Jerêsalem, and seventeen kings of Cypress.