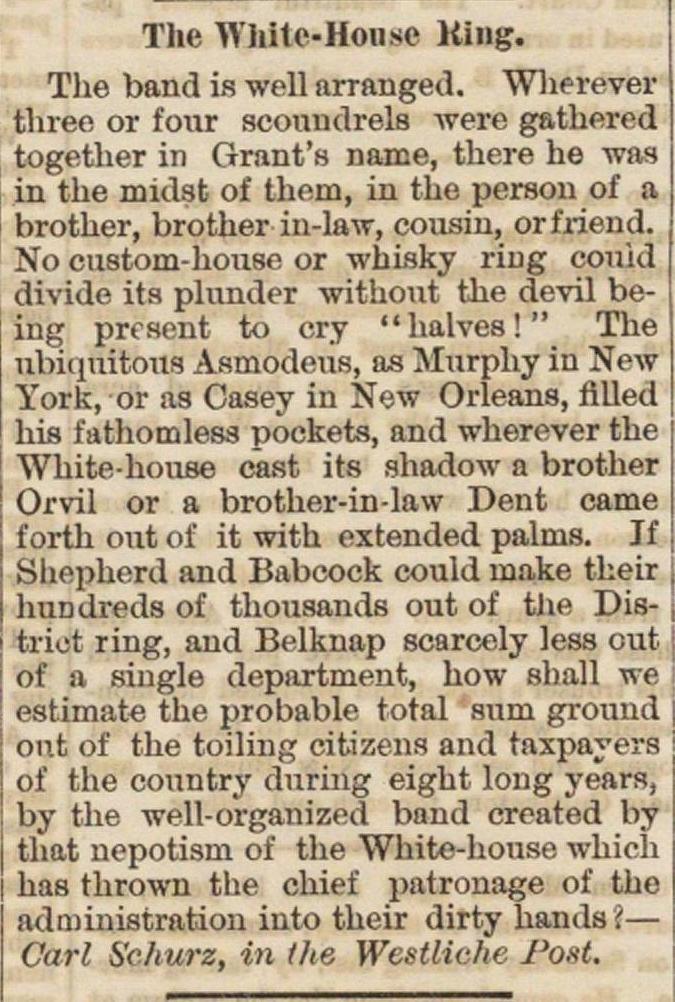 The band is well arranged. Wherever three or four sconndrels were gathered together in Grant's name, there he was in the mulst of them, in the person of a brother, brother in-la w, cousin, orfriend. No custom-house or whisky riug couid divide its plunder without the devil being present to cry "hal ves!" The ubiqnitous ARmodeus, as Murphy in New York, or as Casey in New Orleans, fllled his fathomless pockets, and wherever the White-house cast its shadow a brother ; Orvil or a brother-in-law Dent came forth out of it with extended palms. If Shejjherd and Babcock could make their lmndreds of thousands out of the i triüt ring, and Belknap scarcely less out j of a single department, how shall we estimate the probable total sum ground out of the toding oitizens and taxpayers of the country during eight long years, : by the well-organized band created by that nepotism of the White-house which I has thrown the chief patronage of the administration into their dirty hands ï -