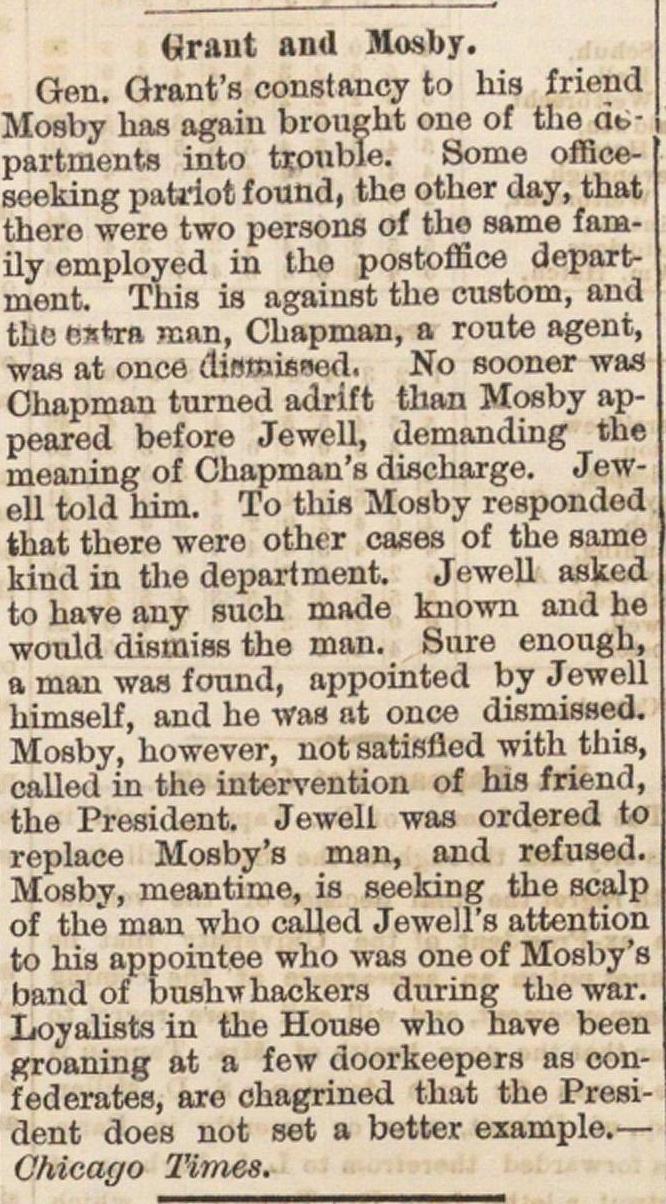 Gen. Grant s constancy to ms menu Mosby has agaiu brougnt one of the dbpartments into fcrouble. Some officesoeking patriot found, the other day, that thero were two persons of the same family employed in the postoffice departinent. This is agaiust the custom, and tlic filtra scan, Chapman, a route agent, was at once dismissed. No sooner was Chapman turned adrift than Mosby appeared before Jewell, demanding the meaning of Chapman's discharge. Jewell told him. To this Mosby responded that there wero othcr cases of the same kind in Üie department. Jewell asked to hare any such made known and he would dismiss the man. Sure enough, a man was found, appointed by Jewell himself , and he was at once dismissed. Mosby, however, not satisfled with this, called in the intervention of his Mend, the President. JewelL was ordered to replace Mosby's man, and refused. Viosby, meantime, is seeking the scalp of the man who called Jewell's attention o his appointee who was one of Mosby's jand of bushw hackers during the war. Uoyalists in the House who have been roaning at a few doorkeepers as con'ederates, are chagrined that the President does not set a better example. -