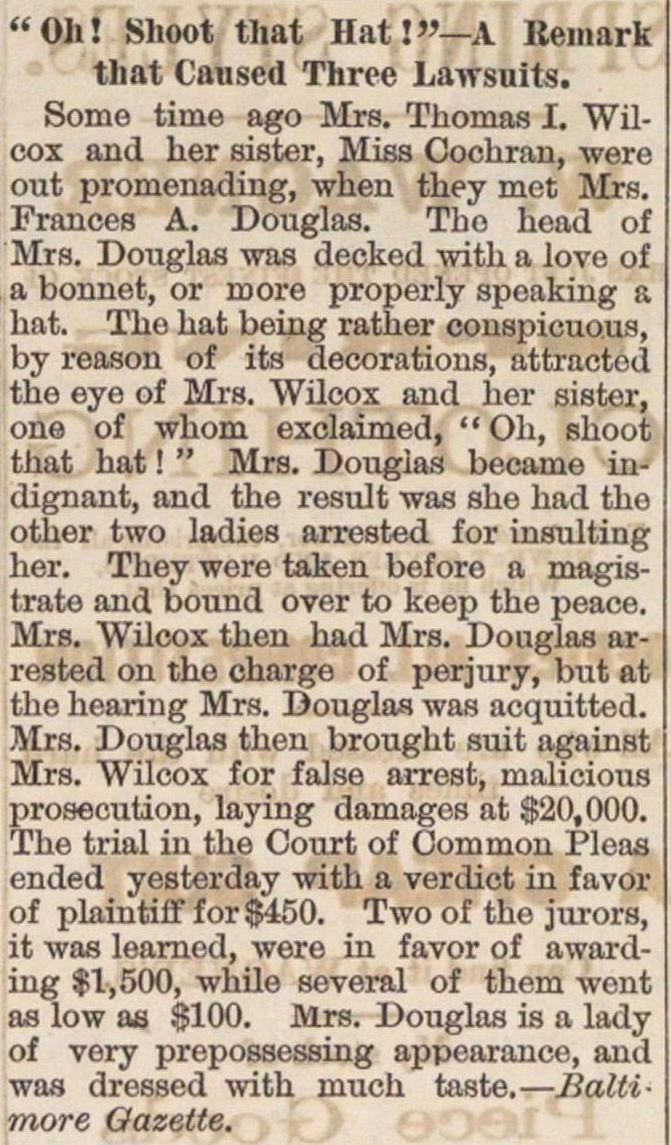 Some time ago Mre. Thomas I. Wilcox and her sister, Miss Cochran, were out promenading, when they met Mrs. Francés A. Douglas. Tho head of Mrs. Douglaa was decked with a love of a bonnet, or more properly speaking a hat. The hat being rather conspicuo.us, by reason of its decorations, attractod the eye of Mrs. Wilcox and her sister, one of whom exolaimed, "Oh, shoot that hat ! " Mrs. Douglas became indignant, and the result was she had tho other two ladies arrested for insulting her. They were taken beforo a magistrate and bound over to keep the peace. Mrs. Wilcox then had Mrs. Douglas arrested on the charge of perjury, bxit at the hearing Mrs. Douglas was acquitted. Mrs. Douglas then brought suit against Mrs. Wilcox for false arrest, malicious prosecution, laying damagos at $20,000. The trial in the Court of Oommon Pleas ended yesterday with a verdict in favor of plaintiff for $450. Two of the jurors, it was learned, were in favor of awarding $1,500, while several of them went as low as $100. Mrs. Douglas is a lady of very prepossessing appearance, and was dressed with much taste. - Baltimore Gazette.