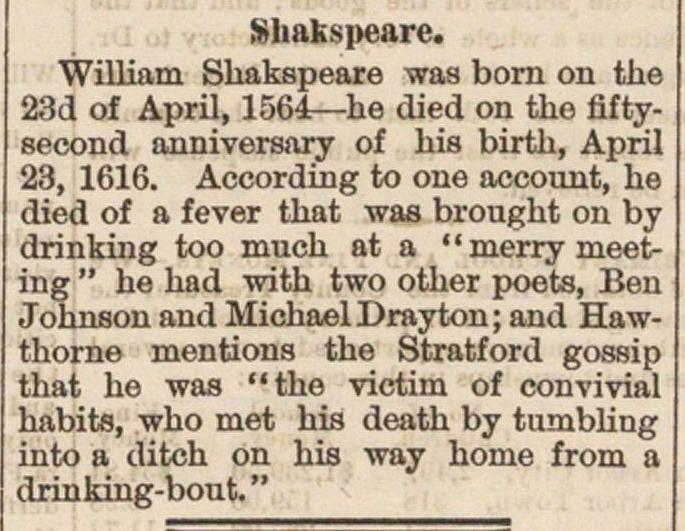 William Sbakspeare was bom on the 23d of April, 1564- he died on tho fiftysecond anniversary of his birth, April 23, 1616. According to one account, he died of a fever that was brought on by drinking too much at a "merry meeting " he had with two other poets, Beu Johnson and MichaelDrayton; and Hawthorne mentions the Stratford gossip that he was "the victim of convivial habits, who met his death by tumbling into a ditch on his way home from a drinking-bout. "