What One Rabbit Did 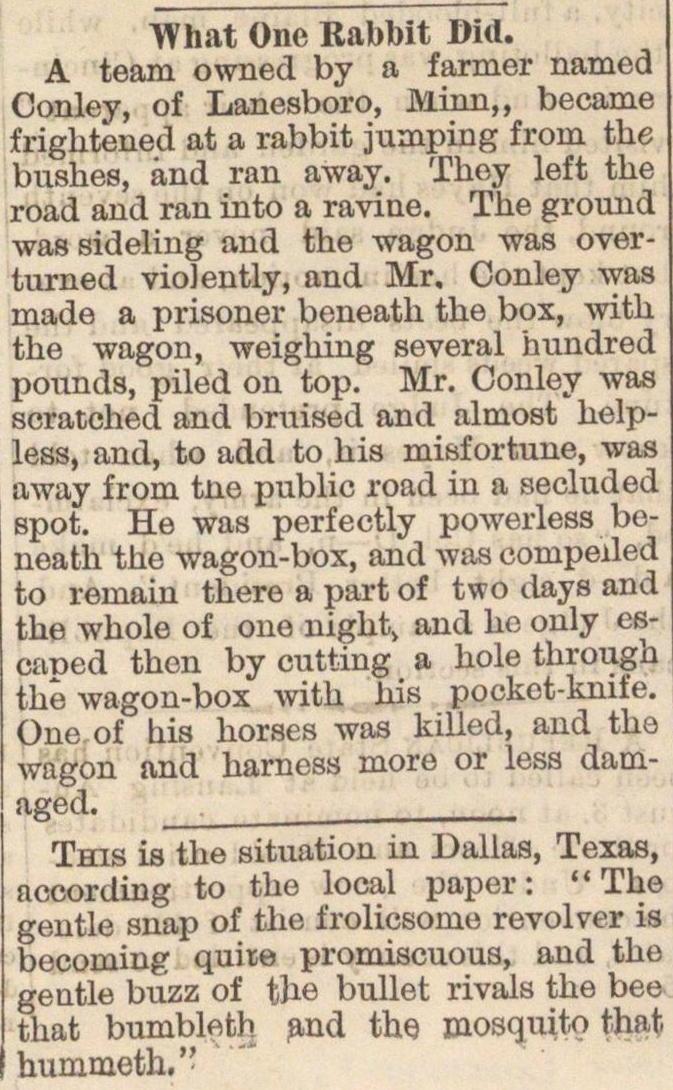 A team owned. by a iarmer nameu Conley, of Lanesboro, Minn,, became frightened at a rabbit jumping froin the bushes, and ran away. Thoy left the road and ran into a ravine. The ground was sideling and the wagon was overturned viojently, and Mr. Conley was made a prisoner beneath the box, with the wagon, weighing several hundred pounds, piled on top. Mr. Oonley was scratched and bruised and almost helpless, and, to add to his mirfortune, was away from tne public road üi a seoluded spot. He was perfectly powerless boneath the wagon-box, and was compeiled to reinain there a part of two days and the whole of one night, and ho only eecaped thon by cutting a hole through thê wagon-box with his pockot-knife. One of his horses was killed, and the wagon and harness more or less damaged. This is the situation in Dallas, Texas, acoording to the local paper: "The gentle snap of the irolicsome revolver is becoming quite promiscuous, and the gentle bu'zz of the bullet rivals the bee that bumbleth find the mosquito that hummeth."