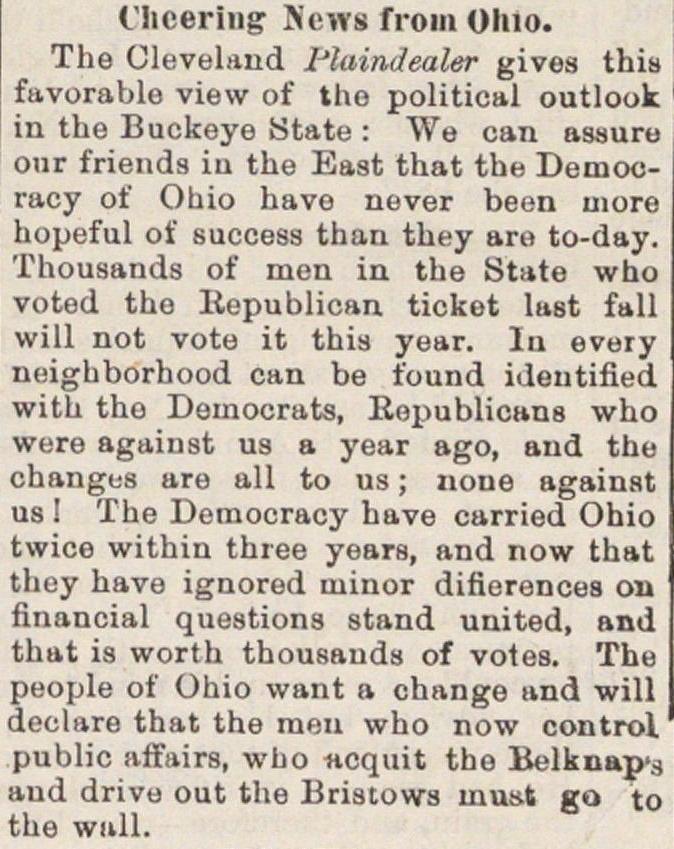 The Cleveland Maindealer gives this favorable view of tho political outlook in the Buckeye State : We can asa uro our friends iu the East that the Demooracy ot' Ohio havo never been more hopeful of success than they aro to-day. Thousands of men in the State who voted tho Republican ticket last fall will not vote it this year. Ia every nuighborbood can be found ideiitified with tho Deinocrats, Republicans who were against us a year ago, and the changos are all to us ; none uguinst us I The Democracy have carried Ohio twice within three years, and now that they have ignored minor dinerences on financial questions stand united, and that is worth thousauds of votes. The people of ühio want a change tind will doolare that the men who now contro public affairs, wbo ncquit the Belknap' aud drive out the Bristowrs must go to the wull.