A College Of Cookery 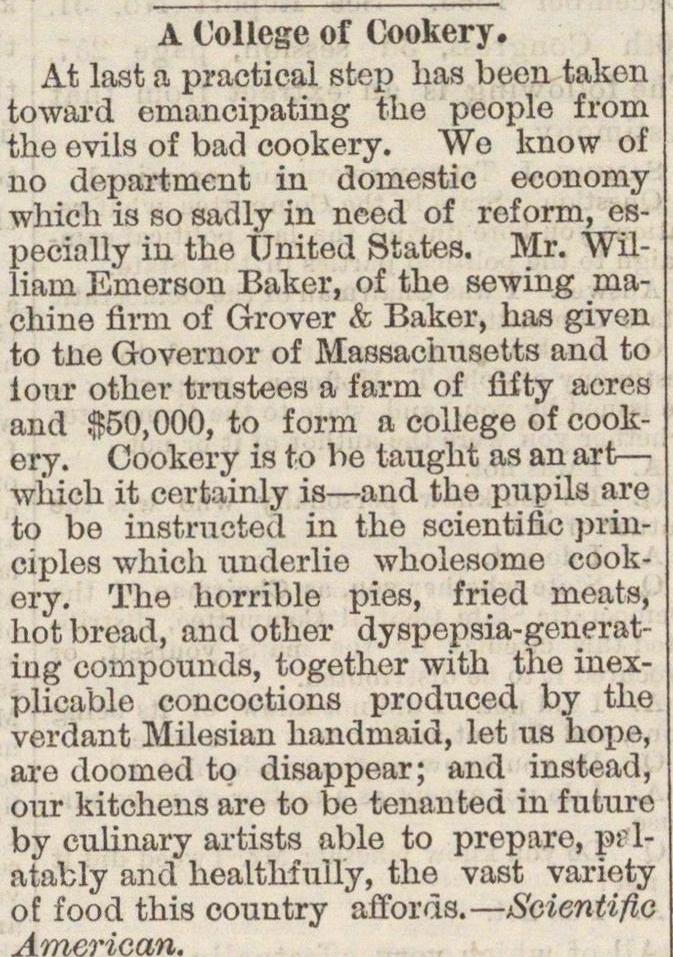 At last a practical step bas been taken toward emancipating the people from the ovils of bad eookery. We know of no department in doinestic economy which is so sadly in nced of reform, especially in the United States. Mr. Williani Emerson Baker, of the sewing machine flrm of Grover & Baker, has given to the Governor of Massachusetts and to lonr other trustees a farm of fifty acres and $50,000, to form a college of eookery. Cookory is to be tauglit as an art - which it certainly is - and the pupils are to be instructed in the scientiflc principies which underlie wholesome eookery. The horrible pies, fried ineats, hot bread, and other dyspepsia-generating eompounds, together with the inexplicable concoctions produced by the verdant Milesian handmaid, let us hope, are doomed to disappear; and instead, our kitchens are to be tenanted in future by culinary artists able to prepare, pt'latably and healthfully, the vast variety of food this country affords. - Scientific American.