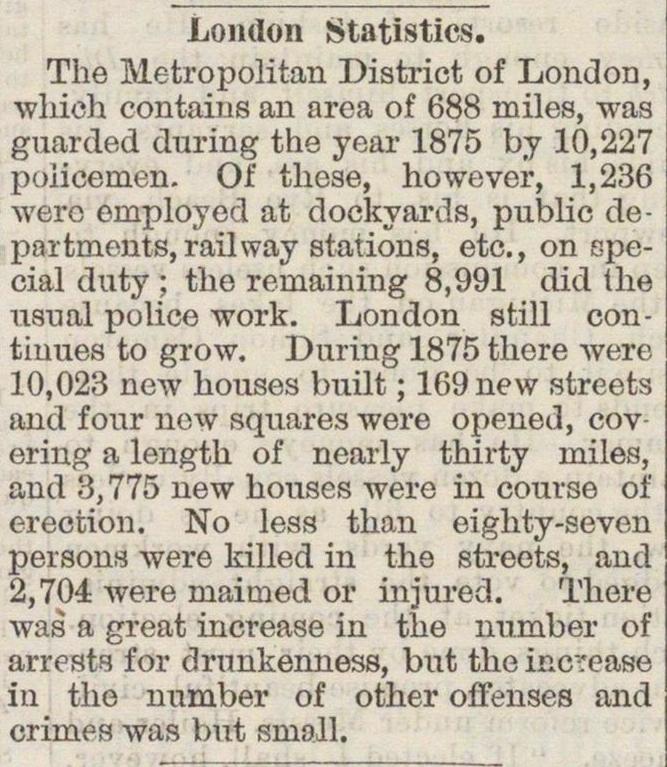 The Metropolitan District of London, which contains an area of 688 miles, was guarded during the year 1875 by 10,227 policemen. Of these, however, 1,236 were employed at dockyards, public departments, rail way stations, etc, on special duty ; the remaining 8,991 did the usual pólice work. London still continúes to grow. During 1875 there were 10,023 new houses built ; 169 new streets and fotir new squares were opened, covering a length of nearly thirty miles, and 3,775 new houses were in course of erection. No less than eighty-seven persons were killed in the streets, and 2,704 were maimed or injured. 'l'here was a great increase in the number of arreste for drunkenness, but the increase in the number of other offenses and crimes was bnt small.