The Slave Trade In Africa 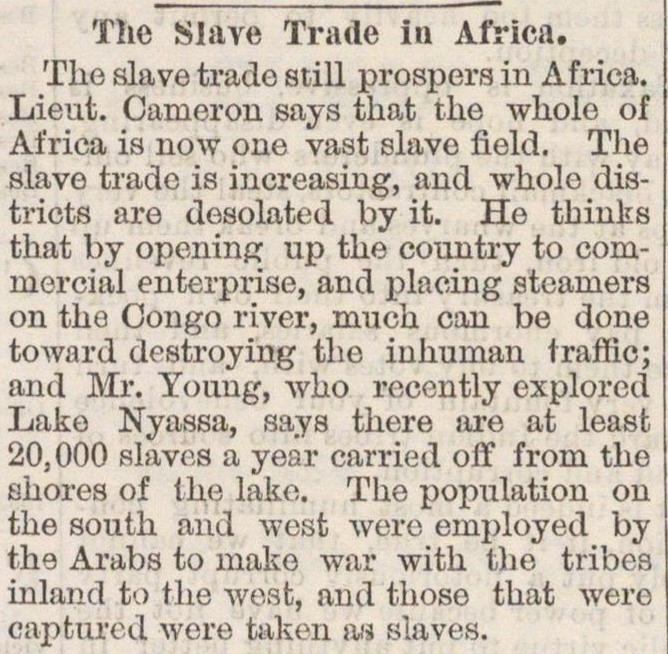 The sla ve trado still prospera in África. Lieut. Oameron says that the wholo of África is now one vast slavo field. The slave trade is increasing, and wholo districts are desolated by it. He tbinks that by opening up the country to commercial enterprise, and placing steaniers on tho Congo river, much can be done toward destroying the inhuman traffic; and Mr. Young, who rcccntly explorcd Lake Nyassa, says there are at least 20,000 slaves a year carried off from the ahores of the lake. The population on the south and west were employed by the Arabs to make war with the tribes inland t'.) the -west, and those that were captured were taken au slaves.