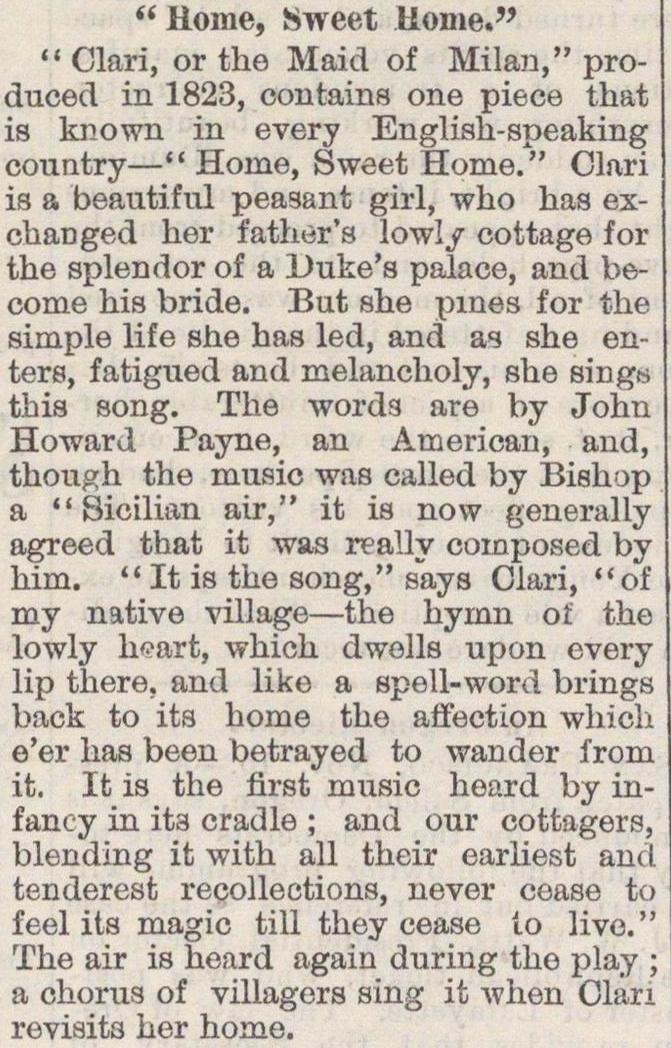 " Clari, or the Maid of Milan," produced in 1823, eontains one piece that is known in every Engliah-speaking country - "Home, Sweet Home." Clari is & beautiful peasant girl, -who has exchanged her fathör's lowly cottage for the splendor of a Duke's palace, and become his bride. But she pines for the simple life she has led, and as she enters, fatigued and melancholy, she sings this song. The words are by John Howard Payne, an American, and, though the music was called by Bishop a " Sicilian air," it is now generally agreed that it was really coioposed by him. "It is the song," says Clari, "of my native village - the hyinn of the lowly hart, which dwolls upon cvery lip there, and like a spell-word brings back to its home the affection whicli e'er has been betrayed to wan der f rom it, It is the first music heard by infancy in ita eradle ; and our cottagers, blending it with all their earliest and tenderest recollections, never cease to feel its magie till they cease to live." The air is heard again during the play ; a chorus of villagers sing it when Clan revisita her home.