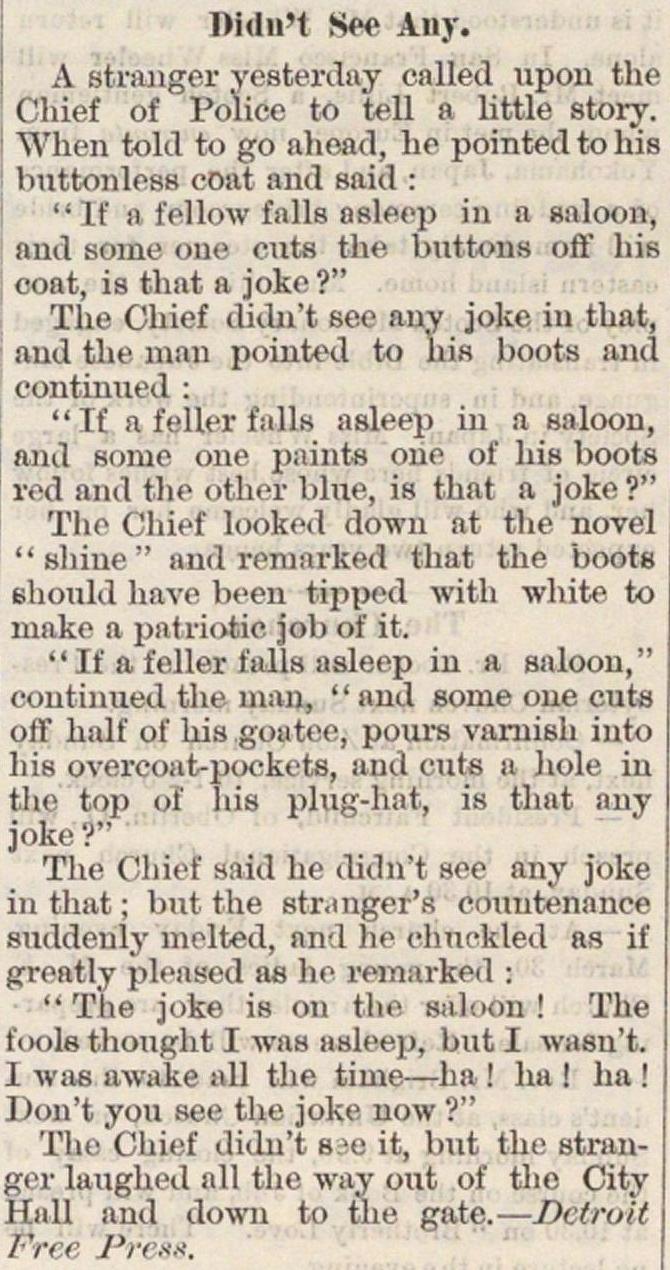 A stranger yesterduy called upon the Chief of Pólice to teil a little story. ! When told to go ahead, he pointed to his '■ buttonless coat and said : "lf a fellow fnlls asleep in a saloon, and some one euts the buttons oft' his coat, is thnt a joke ?" The Chief didn't sec airy joke in that, and the man pointed to his boots and continued : " If a feller f;dls asleep in a saloon, and some one paints oüe of his boots red and the other blue, is that a joke ?" The Ohief looked down at the novel "shiue" and remarked that the boots ahonld have been tippi'd with white to make a paf riotic job of it. " If a feller falls asleep in a saloon," continued the man, "and some oue cute off half of his goutee, pours varnish info his overooat-pookete. and cute a hole in the top ol lii plug-hat, is that any joke ?" The Chiet s:iid he didn't see any joke in that ; but the str.uiger's eouutenance suddenly melted, nnd lie cHuofclëd as if .Tiiitlv pleased as he remarked : ". The joke is on the suloon ! The fools thought I was asleep, but I wasn't. I was awake 11 the time- ha ! ha ! ha ! Don't you see the joke uow ?" The Chief didu't s.?e it, but the stranger laughed all the way out of the City