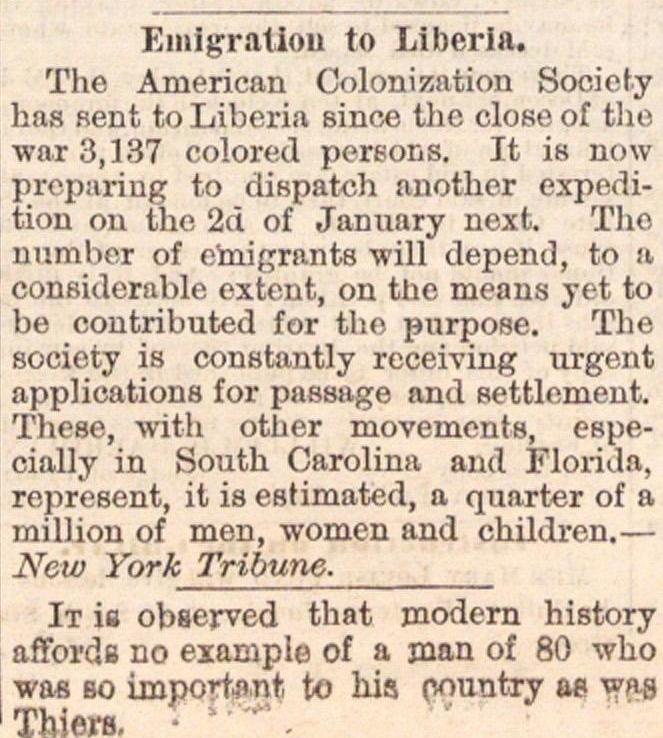 The American Colonization Society has Bent to Liberia since the close of the war 3,137 colored persons. It is now preparing to dispatch another expedition ou the 2d of January next. The mimher of etnigrants will depend, to a considerable exient, on tlie means yet to be contributed for the purpose. The society is constantly receiving urgent applications for passage and settlenient. These, with other movements, eapecially in South Carolina and Florida, represent, it is estimated, a quarter of a milliou of men, women and children. - New York Tribune. It ie observed that modern h i story affords no example of a man of 80 who was bo important to hia oountry as wag Thiew. '