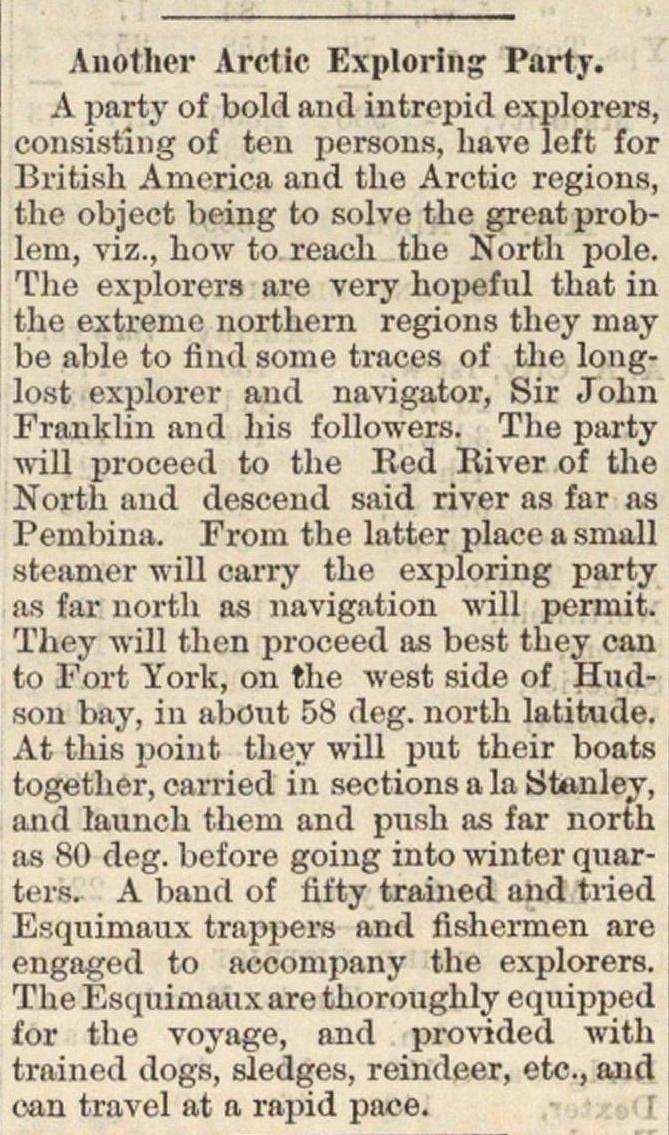 A party of bold and intrepid explorers, consisting of ten persons, have left for Britixh America and the Arctic regions, the object being to solvo the greatproblem, viz., how to reaeh the North polo. The explorers are very hopeful that in the extreme northern regions they may be able to find some traces of the longlost explorer and navigator, Sir John Franklin and his followers. The party will proceed to the Red River of the North and descend said river as far as Pembina. From the latter place a small steamer will carry the exploring party as far north as navigation will permit. They will then proceed as best they can to Fort York, on the west side of Hudson bay, in abóut 58 deg. north latitude. At this point they will put their boats together, eai'ried in sections a la Stenley, and launch thern and pnsh as far north as 80 deg. bcfore going into winter quartcis. A land of tii'ty trained and tried Esquimaux trappers and fishermen are engaged to accompany the explorers. The Esquimaux are thoroughly equipped for the voyage, and provided with trained dogs, sledges, reindeer, etc., and ean travel at a rapid pace.