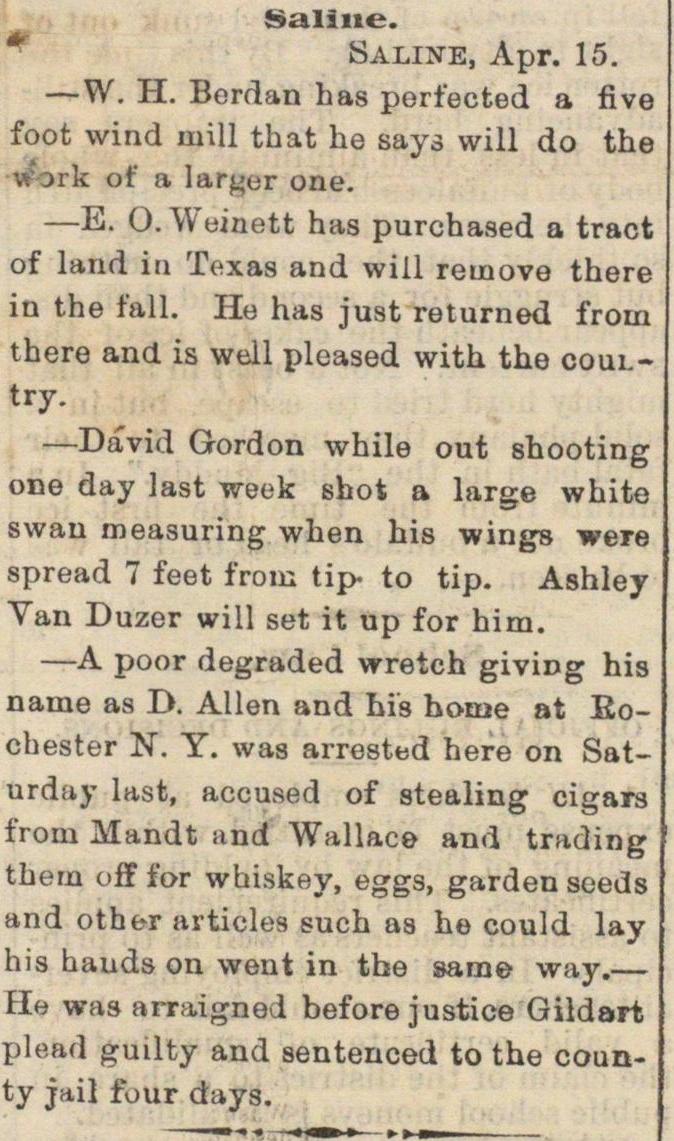 Saline, Apr. 15. - W. H. Bordan has porfected a five foot wind mili that he say3 will do the 'ark of a largor one. - E. O.Weinett has purohased a tract of land in Texas and will remove there in the Ml. He has just returned from there and is well pleased with, the coui.try. - David Gordon while out shooting one day last week shot a large white swau measuring when his wings were spread 7 feet from tip. to tip. Ashley Van Duzer will set it up for him. - A poor degraded wretch giviDg his name as D. Allen and his home at Eochester N. Y. was arrested here on Saturday last, accused of stealing cigars from Mandt iind Wallace and trading them off for whiskey, eggs, garden soeds and otber articles such as he could lay his hauds on went in the same way. He was arraigned bef ore justioe Gildart plead guilty and sentenoed to the county ja.il four days.