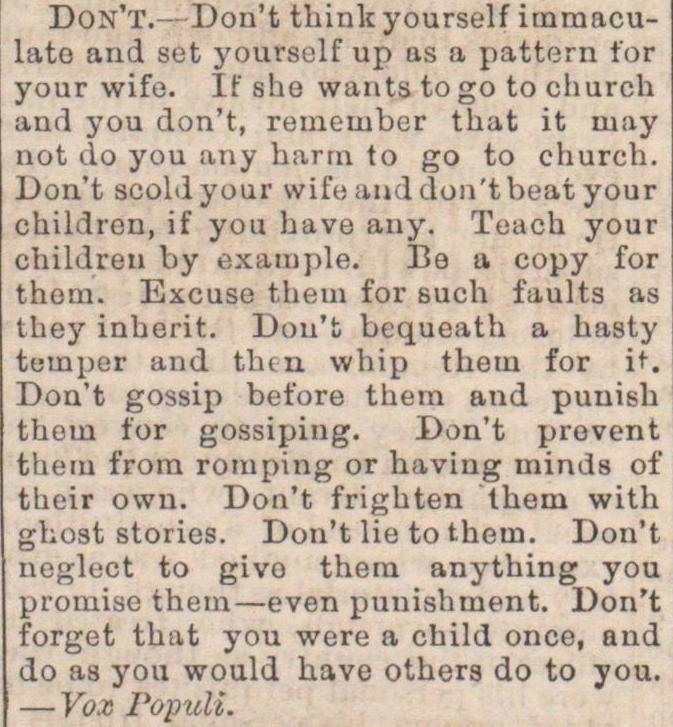 lato and set yoursolf up as a pattern tor your wife. If sbe wants togo to cliurch and you don't, remember that it may not do you any harm to go to church. Don't acoldyour wife au.l don't beat your cliildren, if you have any. Teach your cliildren by axample. Be a copy for thom. Excuse them for such faults as they inherit. Dou'fc bequeath a hasty temper and thtn whip them for it. Don't gossip before them and punish them for gossiping. Don't provent them from romping or haviug minds of their own. Don't frighten them with ghost stories. Don't lie to them. Don't neglect to givo thera anything you promiso them - even punishment. Don't forget that you were a child once, and do as you would have othera do to you.