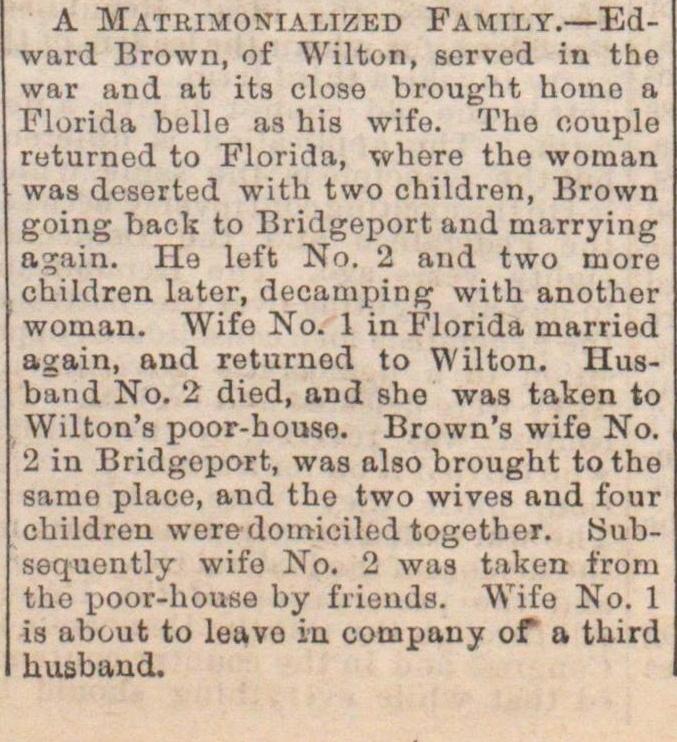 ward Brown, of Wilton, served in the war and at its close brought homo a Florida bolle as his wife. The oouple returned to Florida, where tho ornan was deserted with two ohildren, Brown going back to Bridgeport and marrying aain. Ha left No. 2 and two more children later, decamping with another woman. Wifo No. 1 in Florida married again, and returnod to Wilton. IIusband No. 2 died, and she was taken to Wilton's poor-house. Brown's wife No. 2 in Bridgeport, was also brought tothe samo placo, and tho two wives and four children vvere domiciled together. fcjubsequently wifo No. 2 was taken trom tho poor-houKe by fiiends. Wifo No. 1 is about to leavo in company of a third husband.