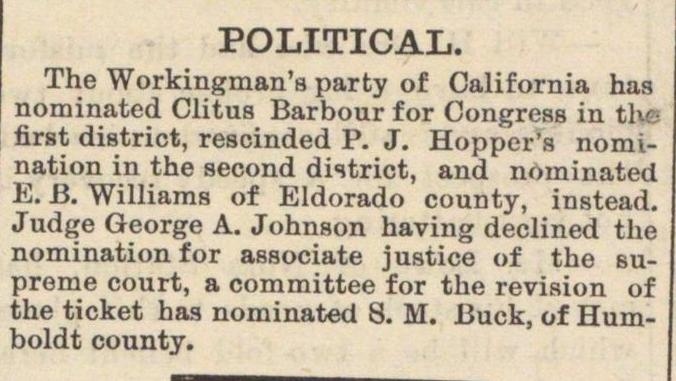 The Workingman's party oí California has nominated Clitus Barbour for Congress in the first district, rescinded P. J. Hopper's nomination in the second district, and nominated E. B. Williams of Eldorado county, instead. Judge George A. Johnson having declined the nomination for aBsociate justice of the supreme court, a committee for the revisión of the ticket has nominated 8. M. J3uck, of Humboldt county.