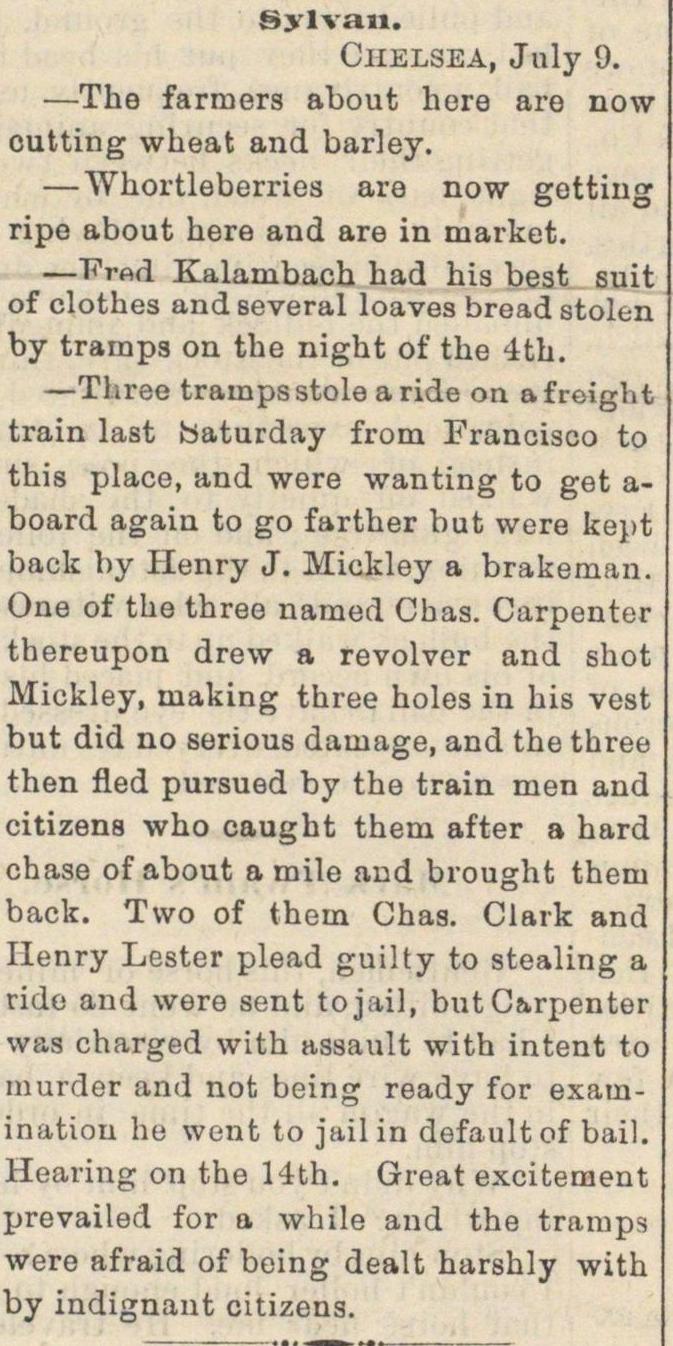 CllELSEA, July 9. ■ - The farmers about here are now outting wheat and barley. - Whortleberries are now getting ripe about here and are in market. - T7rd Kalambach had his best suit of clothes andseveral loaves bread stolen by tramps on the night of the 4th. - Three tramps stole a ride on afroight train last baturday from Francisco to this place, and were wanting to get aboard again to go farther but were kept back by Henry J. Mickley a brakeman. One of the three named Cbas. Carpenter thereupon drew a revolver and shot Mickley, making three holes in his vest but did no serious dauiage, and the three then fled pursued by the train men and citizens who caught them after a hard chase of about a inile and brought them back. Two of them Chas. Clark and Ilenry Lester plead guilty to stealing a ride and were sent to jai], but G&rpenter was charged with assault with intent to murder and not being ready for exatninatiou he went to jailin defaultof bail. Hearing on the 14th. Great excitement prevailed for a while and the tramps were afraid of being dealt harshly with by indignant citizens.