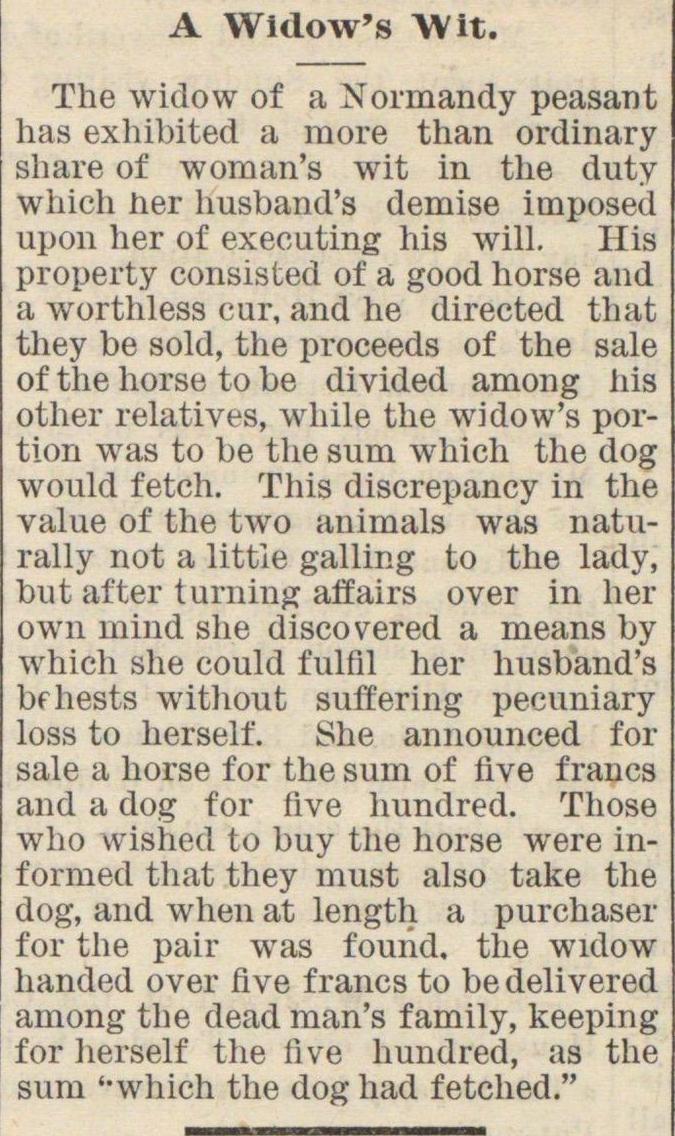 The widow of a Normandy peasant has exhibited a more than ordinary share of woman's wit in the duty Whioh her husband's demise itnposed upon her of exeouting his will. Ilis propei'ty consisted of a good horse and a worthless cur, and he directed that they be sold, the proceeds of the sale of the horse to be divided among his other relatives, while the widow's portion was to be the sum which the dog would fetch. This discrepancy in the value of the two animáis was naturally not a little galling to the lady, but af ter turning affairs over in her own inind she disco vered a means by which she could fulfil her husband's bfhests without suffering pecuniary loss to herself. She announced for sale a horse for the sum of flve francs and a dog for flve hundred. Those who wished to buy the horse were informed that they must also take the dog, and when at length a purchaser for the pair was found. the widow handed over flve francs to bedelivered among the dead man's family, keeping for herself the live hundred, as the sum '-which the dog had fetched."