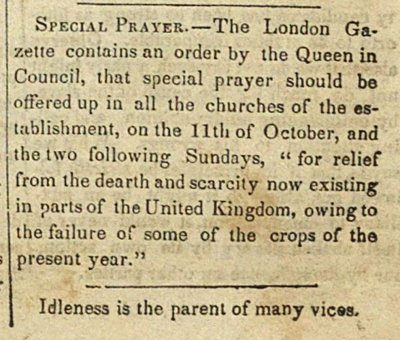 - The Londonzette contains an order by the Queen in Council, that special prayer should be oiFered up in all the churches of the establishment, on the llth of Oclober, and the two following Sundays, " for relief from the dearth and scarcity now existing in partsof the United Kingdom, owingto the failure of some of the crops of tho present year." Idleness is the parent of many vices.