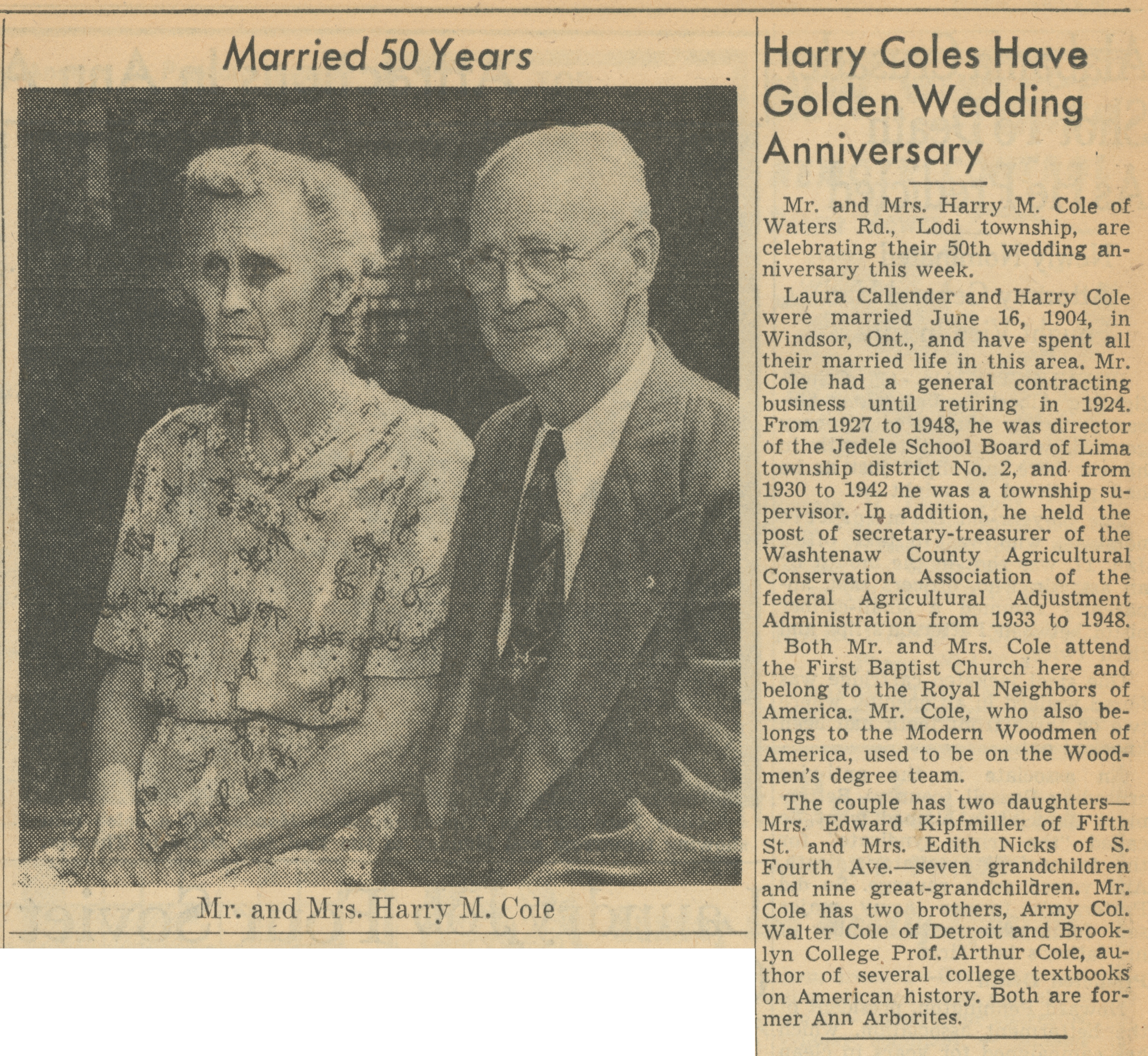 Laura Callendar and Harry Cole were married June 16, 1904, in Windsor, Ont., and have spent all their married life in this area. Mr. Cole had a general contracting business until retiring in 1924. From 1927 to 1948, he was director of the Jedele School Board of Lima township district No. 2, and from 1930 to 1942 he was a township supervisor. In addition, he held the post of secretary-treasurer of the Washtenaw County Agricultural Conservation Association of the federal Agricultural Adjustment Administration from 1933 to 1948.

Both Mr. and Mrs. Cole attend the First Baptist Church here and belong to the Royal Neighbors of America. Mr. Cole, who also belongs to the Modern Woodmen of American, used to be on the Woodmen’s degree team.