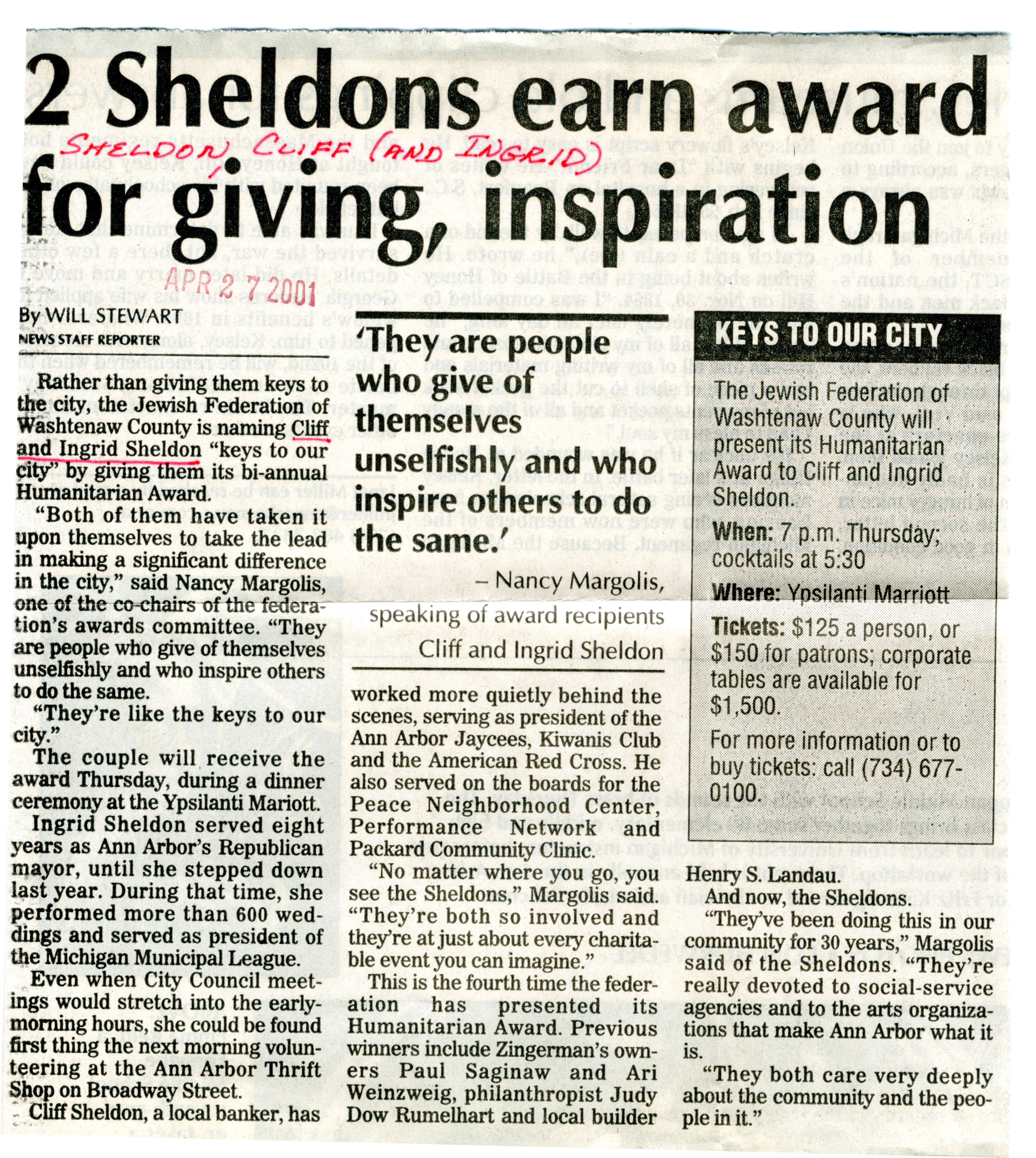 Rather than giving them keys to the city, the Jewish Federation of Washtenaw County is naming Cliff and Ingrid Sheldon “keys to our city" by giving them its bi-annual Humanitarian Award.

“Both of them have taken it upon themselves to take the lead in making a significant difference in the city,” said Nancy Margolis, one of the co-chairs of the federation’s awards committee. “They are people who give of themselves unselfishly and who inspire others to do the same.

The couple will receive the award Thursday, during a dinner ceremony at the Ypsilanti Mariott.

Ingrid Sheldon served eight years as Ann Arbor’s Republican mayor, until she stepped down last year. During that time, she performed more than 600 weddings and served as president of the Michigan Municipal League.

Even when City Council meetings would stretch into the eariy-moming hours, she could be found first thing the next morning volunteering at the Ann Arbor Thrift Shop on Broadway Street.

Cliff Sheldon, a local banker, has worked more quietly behind the scenes, serving as president of the Ann Arbor Jaycees, Kiwanis Club and the American Red Cross. He also served on the boards for the Peace Neighborhood Center, Performance Network and Packard Community Clinic.

“No matter where you go, you see the Sheldons,” Margolis said. “They’re both so involved and they’re at just about every charitable event you can imagine.”

And now, the Sheldons.

“They’ve been doing this in our community for 30 years,” Margolis said of the Sheldons. “They’re really devoted to social-service agencies and to the arts organizations that make Ann Arbor what it is.

“They both care very deeply about the community and the people in it.”

'They are peoplewho give of themselves unselfishly and who inspire others to do the same.'

The Jewish Federation of Washtenaw County will present its Humanitarian Award to Cliff and Ingrid Sheldon.