"I Always Wanted To Be a Tenenbaum" 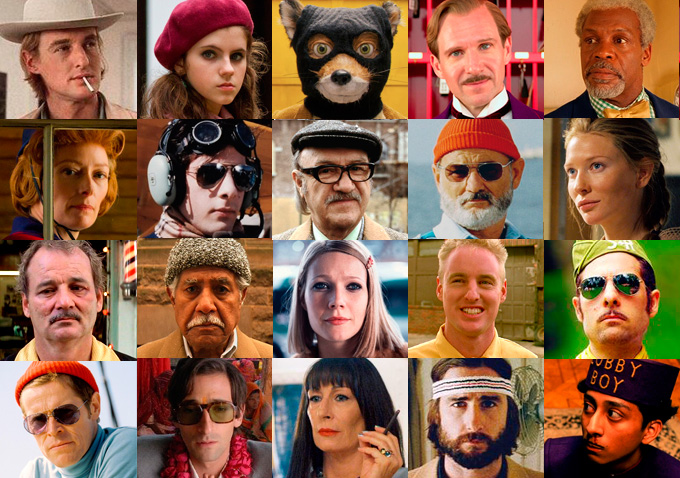 Let's forget the Justin Timberlake memes on this May 1, because today is also film director, film producer, screenwriter, and actor Wes Anderson's birthday! His popular films and style have a bit of a cult following, and I'm totally a sucker for them. All of them. I think it's safe to say my favorite is The Royal Tenenbaums. His latest film, Isle of Dogs, is in theaters now with mixed reviews, and is an animation akin to Fantastic Mr. Fox.

But let's go back to Bottle Rocket from 1996 - the film that started it all by introducing us to Dignan, portrayed by Owen Wilson, who often writes with Anderson on these quirky endeavors. There are so many unforgettable characters strewn across Anderson's work that offer such quotable moments. Other films include Rushmore, The Life Aquatic, The Darjeeling Limited, Moonrise Kingdom, and The Grand Budapest Hotel. His films are known for their stylized looks and killer soundtracks - with every detail chosen to be perfect - every smirk, every hat, every wall color, every font, every walk. The films often feature an ensemble of the same faces, including Angelica Houston, Bill Murray, Luke Wilson, Owen Wilson, Jason Schwartzman, Jeff Goldblum, Willem Dafoe, and a crew of others. Which is your favorite film?