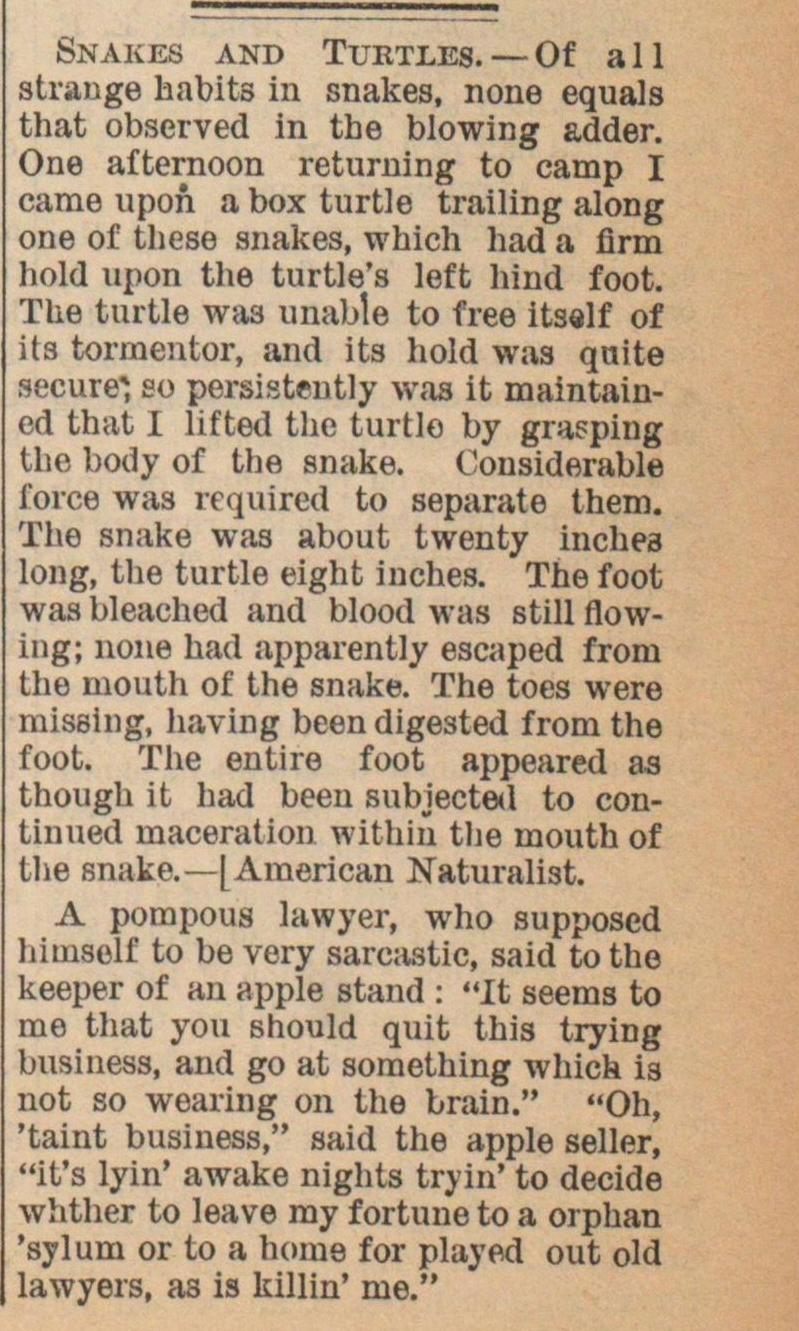 - Of all strauge habits in snakes, none equals that observed in the blowing adder. One afternoon returning to camp I carne upoñ a box turtle trailing along one of these snakes, which liad a firm hold upon the turtle's left hind foot. The turtle was unable to free itslf of its tormentor, and its hold was quite secure so persistently was it maintainod that I lifted the turtlo by gru?ping the body of the snake. Considerable forcé was required to separate them. ïhe snake was about twenty inches long, the turtle eight inches. The foot was bleached and blood was still flowing; none had appaiently escaped froni the mouth of the snake. The toes were missing, having beendigested from the foot. The entire foot appeared as though it had been subiected to continued maceration within the mouth of the snake.- [American Naturalist. A pompous lawyer, who supposed hiuaself to be very sareastic, said to the keeper of an apple stand : "It seems to me that you should quit this trying business, and go at something which is not so wearing on the brain." "Oh, 'taint business," said the apple seller, "it's lyin' awake nights tryin.' to decide whther to leave my fortune to a orphan 'sylum or to a home for played out old lawyers, as is killin' me."