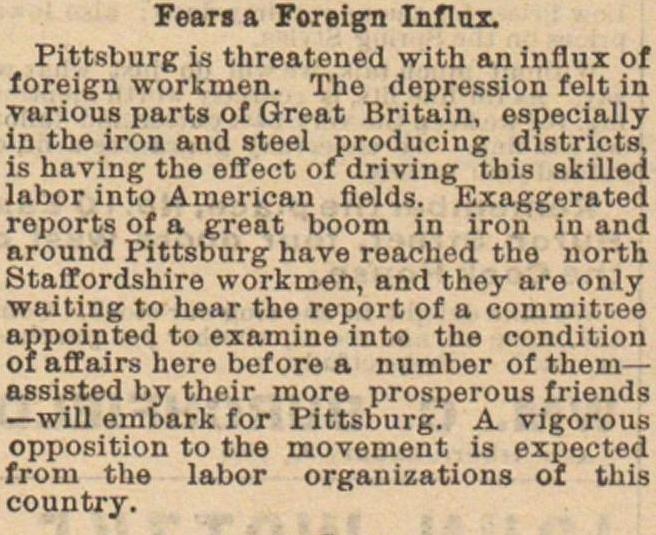 Pittsburg is threatened with an influx of foreigu workmen. The depression feit in various parts of Great Britain, especially in the iron and steel producing districts, is having the effect of driving this s killed labor into American flelds. Exaggerated roports of a great boom in iron in and around Pittsburg have reached the north Stalïordshire workmen, and they are only waiting to hear the report of a committee appointed to examine into the condition of afifairs nero bef ore a number of them - assisted by their more prosperous friends - will embark for Pittsburg. A vigoro us opposition to the movement is expected from the labor organizations of this country.