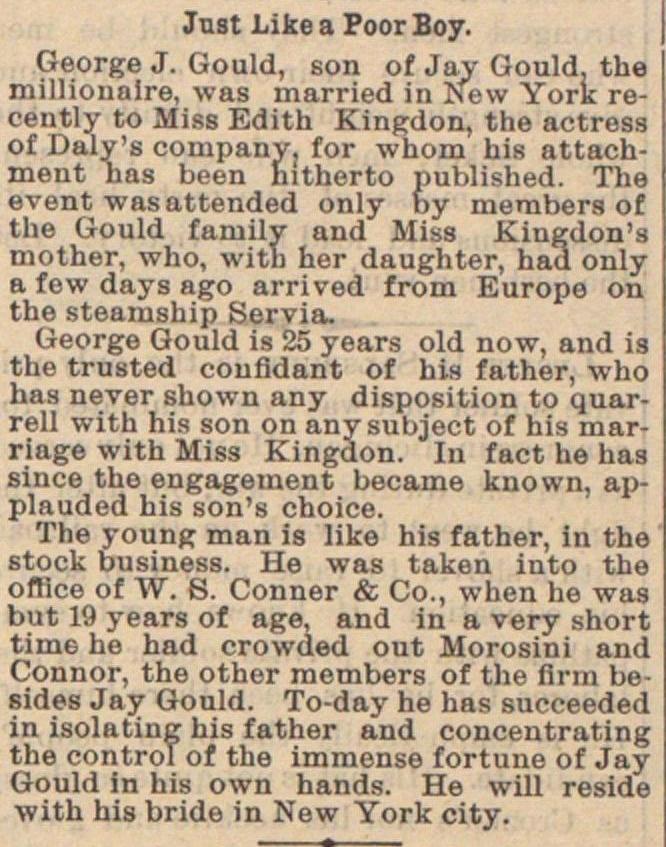 George J. Gould, son of Jay Gould, the millionalre, was married in New York recently to Miss Edith Kingdon, the aetress of Daly's eompany. for whom his attachment has been hitherto published. The event wasattended only by members of the Gould faniily and Miss Kingdon's mother, who, witu her daughter, hau only a fow days ago arrived frora Europe on the steamship Servia. George Gould is 25 years old now, and is the trusted confidant of his father, who has never shown any disposition to quarrell with his son on any subject of his raarriage with Miss Kingdon. In fact he has since the engagement became known. applauded his son's choice. The young man is Hke his father, in the stock business. He was taken into the office of W. B. Conner & Co., when he was but 19 years of age, and in a very short time he had crowded out Morosini and Connor, the other members of the firm besides Jay Gould. To-day he has succeeded in isolating his father and concentrating the controTof the immense fortune of Jay Gould in his own hands. He will reside with his bride in New York city.