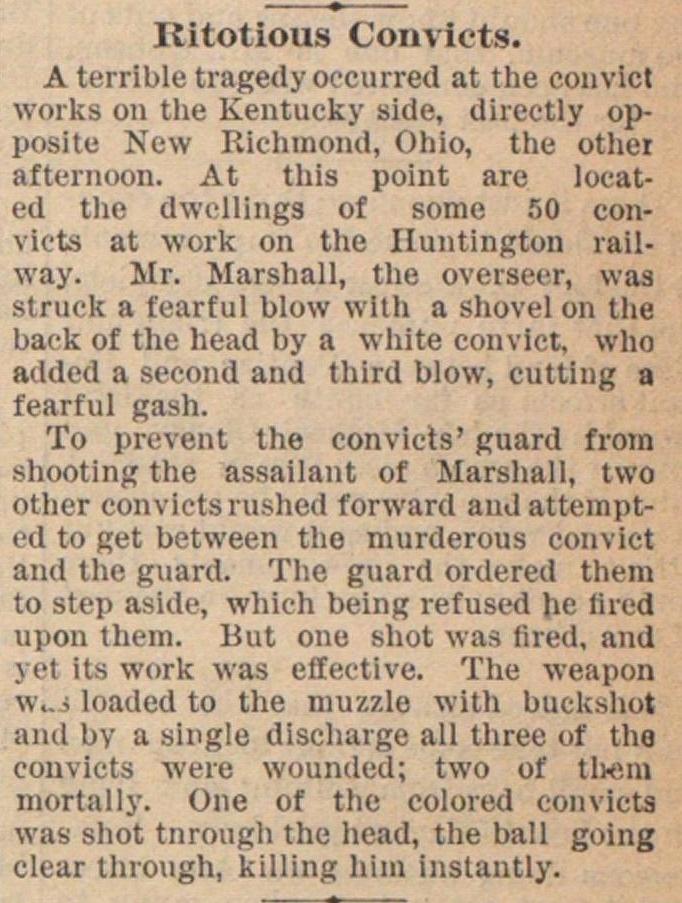 A terrible tragedy occurred at the convict works on the Kentucky side, dircctly opposite New Bichmond, Ohio, the otliei afternoon. At this point are located the dwcllings of some 50 convicta at Work on the Huntington railvvay. Mr. Marshall, the overseer, was strack a [eaiful blow willi a shovel on the back of the head by a white convict, who added a seeond and third blow, cutting a fearful gash. To prevent the convicts' guard from shootin the assailant of Marshall, tvvo other convicts rushed forward and attempted to get between the murderous convict and the guard. The guard ordered them to step aaide, which being refused he (ired upon them. But one shot was l'ncd, and vel lts work was eflectlve. The weapon w... hiaded to the niu.zle with buckshot and 1)V a single discharge all tliree of tha convicts were wounded; two of tbem mortally. One of the colored convicta was shot tnrough thu head, the ball going clear through, killing him instantly.