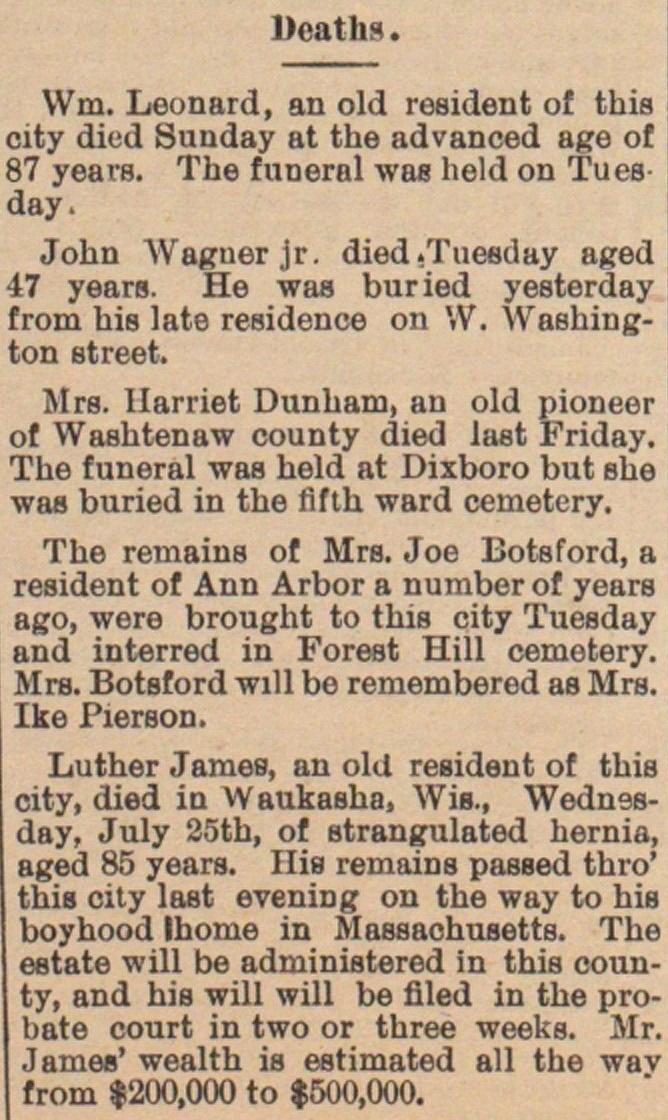 Wm. Leonard, an old resident of tbia city dii'd Suuday at the advanced age of 7 years. The funeral was held on Tueslay. John Waguerjr. died .Tuesday aged :7 years. He was buried yesterday rom bis late residence on V. Waehing(II! street. Mrs. Ilarriet Dunham, an old pioneer of Washtenaw county died last Friday. The funeral was held at Dixboro but she was buried in the fifth ward cemetery. The remains of Mrs. Joe Botsford, a resident of Ann Arbor a number of years ago, were brought to this city Tuesday and interred in Forest Hill cemetery. Mrs. Botsford will be remembered as Mrs. Ike Pierson. Luther James, an old resident of this city, died in Waukasha, Wis., Wednesday, July 25tb, of strangulated hernia, aged 85 years. Ilia remains passed thro' this city last evening on the way to his boyhood Ihome in Massaohusetts. The estáte will be administered in this county, and his will will be filed in the probate court in two or three weeks. Mr. James' wealth is estimated all the way f rom 200,000 to $500,000.