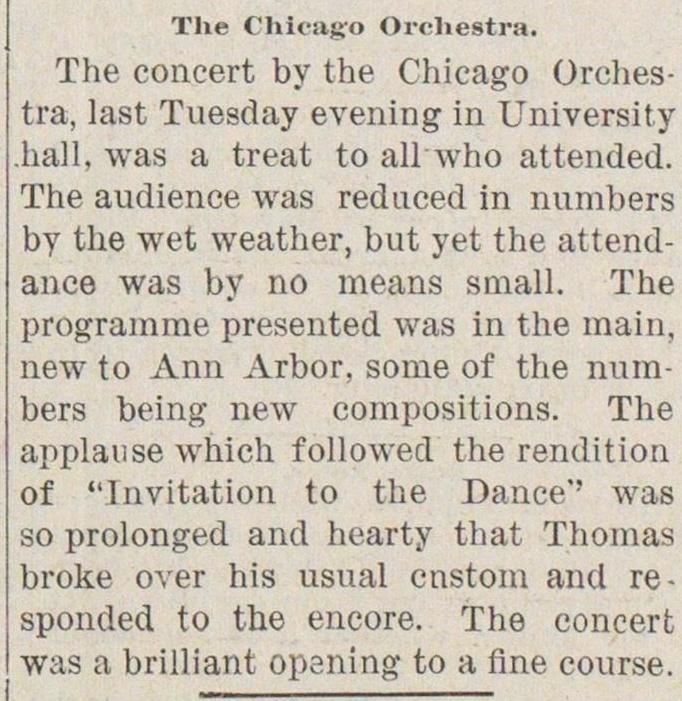 The concert by the Chicago Orchestra, last Tuesday evening in University .hall, was a treat to all who attended. The audience was reduced in numbers by the wet weather, but yet the attendance was by no means small. The programme presented was in the ïnain, new to Ann Arbor, some of the numbers being new compositions. The applanse which followed the rendition of "Invitation to the Dance"' was so prolonged and hearty that Thomas broke over his usual cnstom and responded to the encoré. The concert was a brilliant opaning to a fine course.