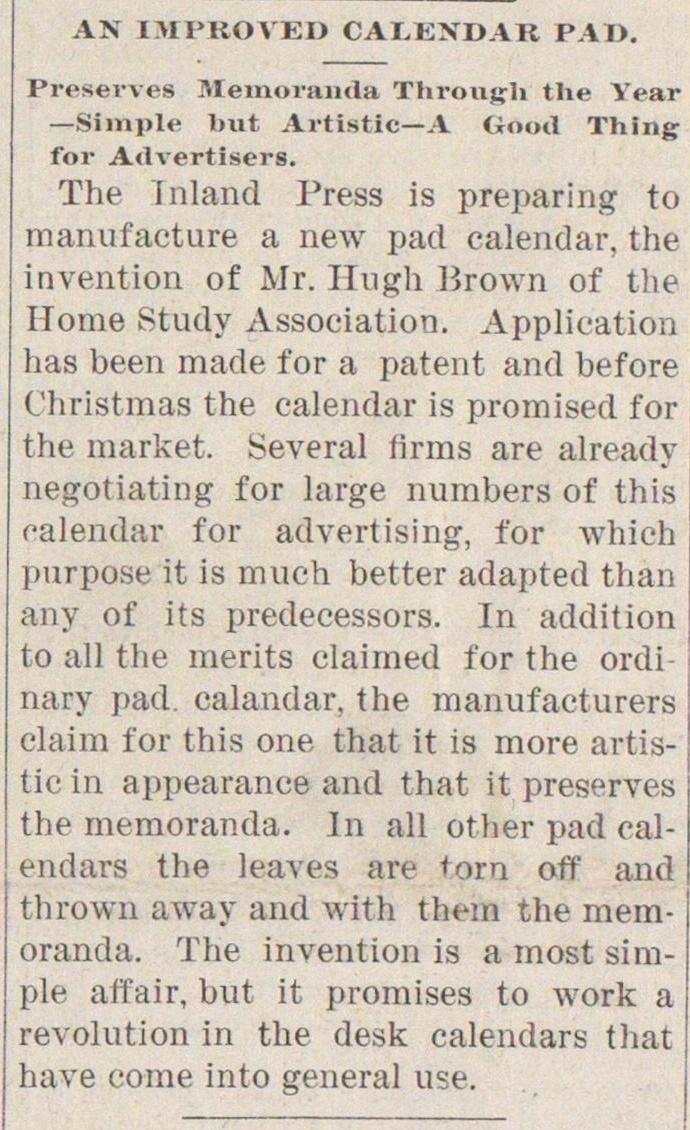 The ïnland Press is preparing to manufacture a new pad calendar, the invention of Mr. Ilugh .Brown of the Home Study Assoeiation. Application has been made for a patent and before Christmas the calendar is promised for the market. Several firms are already negotiating for large numbers of this calendar for advertising, for which purpose it is much better adapted than any of its predecessors. In addition to all the merits claimed for the ordioary pad calandar, the manufacturera claim for this one that it is more artistic in appearance and that it preserves the memoranda. In all other pad calendara the leaves are torn off and throwD away and witk them the memoranda, ïhe invention is a most simple affair, but it promises to work a revolution in the desk calendars that have come into general use.