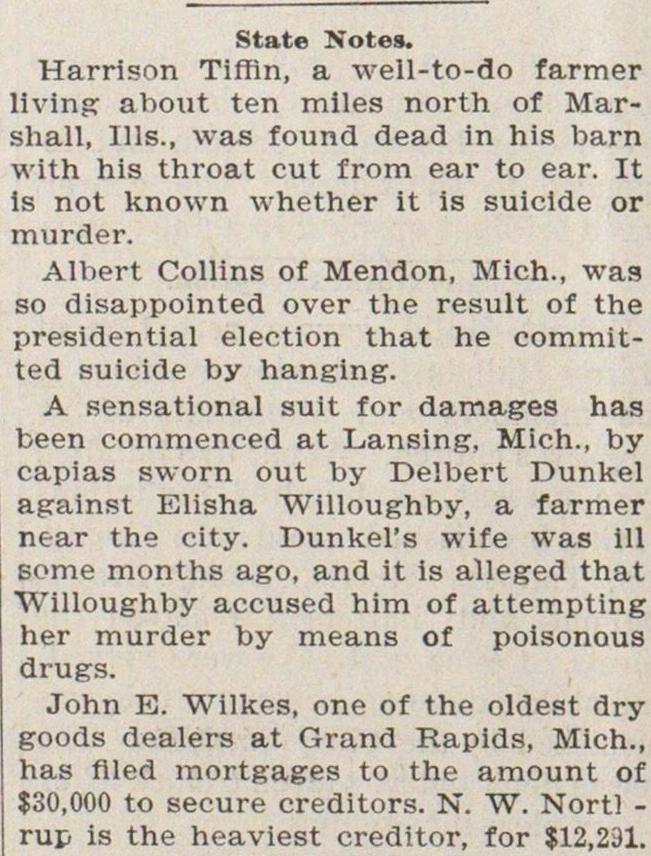 Harrison Tiftin, a well-to-do farmer living ahout ten miles north of Marshall, Hls., was found dead in his barn with his throat cut from ear to ear. It is not known whether it is suicide or murder. Albert Collins of Mendon, Mich., was so disappointed over the result of the presidential election that he committed suicide by hanging. A sensational suit for damages has been commenced at Lansing, Mich., by capias sworn out by Delbert Dunkel against Elisha Willoughby, a farmer near the city. Dunkel's wife was ill Borne months ago, and it is alleged that Willoughby accused him of attempting her murder by means of poisonous drugs. John B. Wilkes, one of the oldest dry goods dealers at Grand Rapids, Mich., has flled mortgages to the amount of $30,000 to secure creditors. N. W. Nort! - rup is the heaviest creditor, for $12,291.