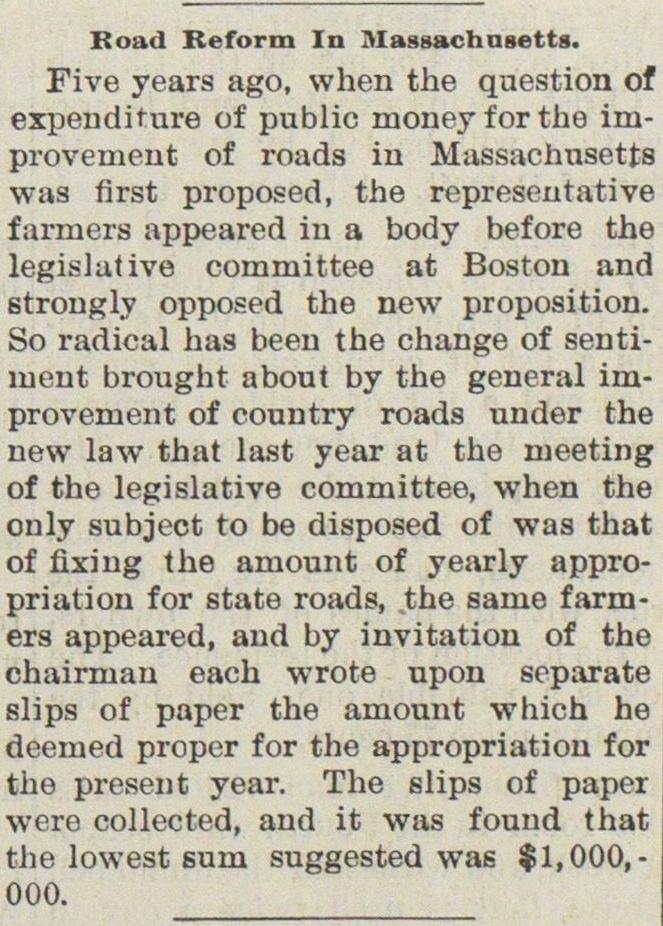 Five years ago, when the question of expenditure of public money forthe improvement of roads in ftlassachusetts was first proposed, the represeuttative farmers appeared in a body before the legislative committee at Boston and strongly opposed the new proposition. So radical has been the change of sentiment brought about by the general iinprovement of country roads under the new law that last year at the meeting of the legislative committee, when the only subject to be disposed of was that of fixing the amount of yearly appropriation for state roads, the same farmers appeared, and by invitation of the chairmau each wrote npon separate slips of paper the amount which he deemed proper for the appropriation for the present year. The slips of paper were collected, and it was fouud that the lowest suin suggested was $1,000,000.