At The High School 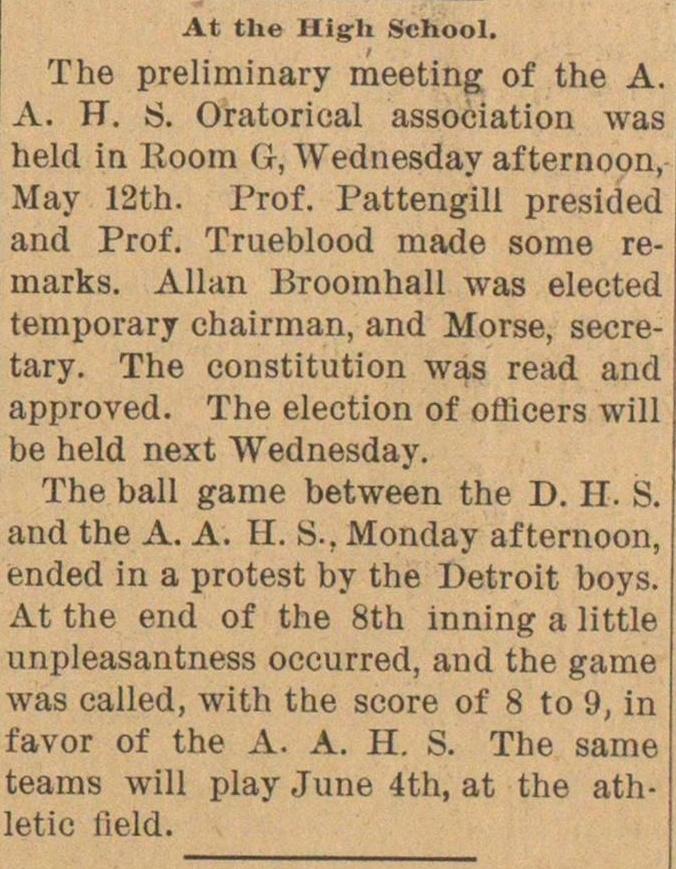 The preliminary meeting of the A. A. H. S. Oratorical association was held ia Koom G, Wednesday afternoon, May 12th. Prof. Pattengill presided and Prof. Trueblood made some remarks. Alian BToomhall was elected temporary chairman, and Morse, secretary. The constitution was read and approved. The election of oflicers will be held next Wednesday. The ball game between the D. II. S. and the A. A. II. S.. Monday afternoon, ended in a protest by the Detroit boys. At the end of the 8tn inning a little unpleasantness occurred, and the game was called, with the score of 8 to 9, in favor of the A. A. H. S. The same teams will play June 4th, at the athletic field.